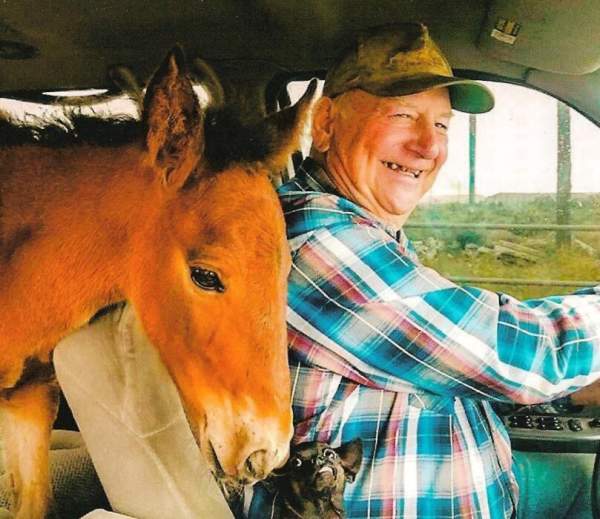 
A.E. Huntsman, known to most as Gene, passed away March 2nd, 2021. He was born January 25, 1944 in Utah to Julius and Fern Huntsman.
The family later moved to New Mexico, where he attended Farmington Schools. Gene always had a big ole smile on his face and his laugh was boisterous, infectious and genuine. There was never a dull moment when he was around. He had a quick wit and never missed a beat. He told the best stories, and boy did he have a lot of them! Gene was an avid horseman and those that knew him knew he loved his horses. He raised, trained and raced horses in the Farmington area for decades. When it came to horses he knew his stuff. Gene went above and beyond to help his family. He was always willing to give a helping hand and he will be greatly missed.
He is preceded in death by his parents, Julius and Fern Huntsman, his older Brother William (Billy) Huntsman, and younger Brother Gilbert Huntsman.
He is survived by his wife of 39 years Carol. Son's Mitch and Jason Huntsman and Grandchildren Jacob, Manon and Ace Huntsman . His older Brother Grant (Wayne) Huntsman, younger sister Nancy Lee (Robert),
Sister-in-Law Joan Huntsman (Gilbert). Nieces and Nephews Virginia Hinckley (Gordon), Shawn Huntsman (Tami) Heather Huntsman (Richard) and Nathan Hale (Lorelei). And many Great Nieces and Nephews.

To order memorial trees or send flowers to the family in memory of A.E. Huntsman, please visit our flower store.