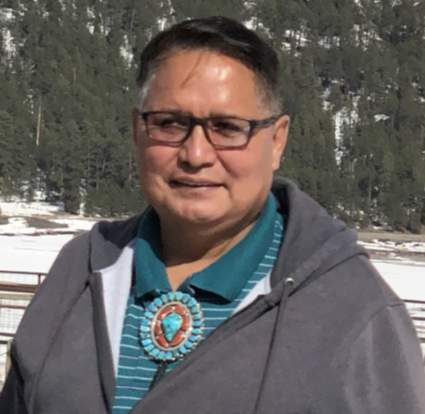 Our beloved son, brother, uncle and friend Alexander Benally's mortal journey ended on Wednesday, August 24, 2022. Born May 30, 1962, Alex was the first of nine children to bless Ambrose and Mae (Cly) Benally. Later, Alex learned he was lucky enough to have two fathers. His biological father, Ned Julian, preceded him in death, but he was always grateful for the close association he shared with his biological sister, Jacque Jim (Merrill) Shorty. Alex was Bit'ahnii and born for Ta'neeszahnii. Alex spent most of his early life sheepherding and helping his grandmother Ella Joe around her hogan at Chaco. He adored his Másání and was her dedicated companion throughout her life.

Alex is survived by his parents, Ambrose and Mae, his sister, Jacque, and brothers and sisters Ambrose Jr., Vecenti, Aaron (Betty), Virgil (Rebecca), Eletta Zmudzinski, Tonya (Eugene) Charley, Delphine (James) Purcell, and Kenny (Eudora). He is survived by a myriad of aunts, uncles, cousins, nieces and nephews who all love him dearly.

Alex was a talented silversmith. He was self-taught and stumbled upon the art at Kirtland Junior High School in an arts and crafts course taught by Fred Moore. Using makeshift tools, he experimented, practiced, learned, and gradually made more and more beautiful pieces. This past spring, he was honored by the Connie Gotsch Arts Foundation with a Lifetime Achievement award. Alex viewed his art and artwork as an important way to carry on Navajo traditions and culture. He said "The Navajo people will be strengthened as a group as they continue to cherish and perpetuate their folk art, weaving, basketry, sand painting, and silver work." He encouraged young artists to have the courage and confidence to try and experiment with the art form they love, to give their best effort, and to never give up.

Alex was also a caring medicine man. He learned the healing ceremonies from his Chei John Smith and his Chei Ernest Becenti. Alex helped hundreds, if not thousands, of people across the reservation with his gentle healing. His knowledge of traditional stories and customs was immense and he enjoyed sharing this knowledge with those who wanted to learn.

Alex studied business administration at San Juan College. He used the knowledge he learned there and his innate determination to open a small business in Farmington, Alex Benally's Hogan. His cultural knowledge, love of art, and friendly personality helped his business grow and thrive.

Alex was a family man to everyone who knew him. He was kind and generous to all. He will be missed. Funeral services will be held Friday, September 2 at Farmington Funeral Home, 2111 W. Apache. The viewing will begin at 10:00 am and the funeral service will begin at 11:00 am. Interment will be at the Brethren In Christ cemetery in Otis, NM.

To order memorial trees or send flowers to the family in memory of Alexander Benally, please visit our flower store.