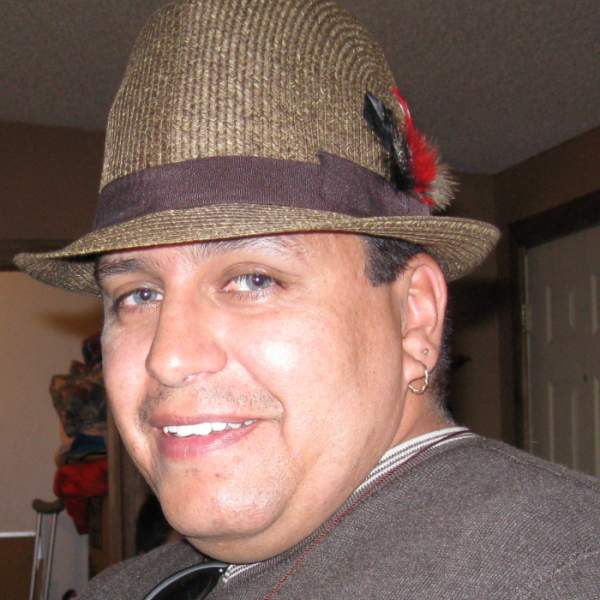 Alexander "Alex" Emil Ribera born April 18th 1969 in Farmington New Mexico to Emily and Flavio Ribera, entered into The Hands of our Lord in Heaven on May 24th 2021 at the age of 52 at San Juan Regional Medical Center after fighting a Courageous battle with Metastatic Lung Cancer.
He was preceded in death by his Mother Emily Ribera, Grandparents Elmer J. Lobato, Josephine B. Lobato, Alfonso Ribera and Francisquita Ribera, One of his favorite cousins Orlando "Lalo" Rivera and several Aunts and Uncles.
He is Survived by his wife Alma, Daughter Julissa (Carlos), Sons Emilio and Santino (Mariah), and his three Grandchildren Adelina, Abraham and Sophia. Father Flavio and Siblings Angela (Leo), Deanna (Ruben), Lionel, Dominic, Priscilla (Alex), Francisca and Numerous Aunts, Uncles, Cousins, Nephew and Nieces (Great).
Alex loved doing many things including grilling, cooking, having family gatherings, fishing and having his children and grandchildren around especially for his Sunday dinners. His hobbies were gardening, drawing, listening and singing to his favorite artists and bands. He always loved being outdoors by the fire telling his many stories of his time and star gazing, watching Meteor showers, the Moon and Planets. He taught us many things from the outdoors to cooking in the kitchen and grilling. He was a Great Husband, Father, Brother, Papa, Uncle and Cousin and left a huge mark on each and every one of us! He was our Hero! No one was as Brave or Strong as him! We Love you and we will miss you so much! Always in our Hearts Forever and Ever!

Catholic Rosary will be held on Saturday July 3rd, 2021 at 9 a.m and Mass at 10 a.m at The Holy Trinity Catholic Church on 42 Rd 3520, Flora Vista N.M 87415. The funeral is scheduled to follow immediately after mass to Memory Gardens Cemetery in Farmington N.M 87410.

To order memorial trees or send flowers to the family in memory of Alexander Ribera, please visit our flower store.