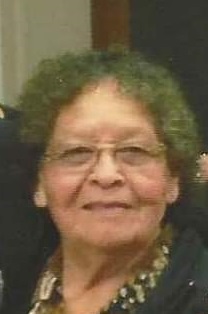 Anna Mae Hemstreet, 88, of Upper Fruitland NM, passed from life May 17, 2022, surrounded by loved ones at home after battling with cancer. She was born on March 10, 1934, to Tom and Marie Barber. Anna was born to the Mexican Clan and born for the Red Running Into The Water People Clan.

She enjoyed cooking, crocheting, sewing, watching wrestling, and enjoyed reading her bible and was a devoted Christian. She was a loving mother to all who knew her.

Anna is in the care of Farmington Funeral Home. Funeral services will be at 10 a.m. Monday, May 23 at the Desert View Church in Upper Fruitland.

To order memorial trees or send flowers to the family in memory of Anna Mae Hemstreet, please visit our flower store.
Send a Sympathy Card