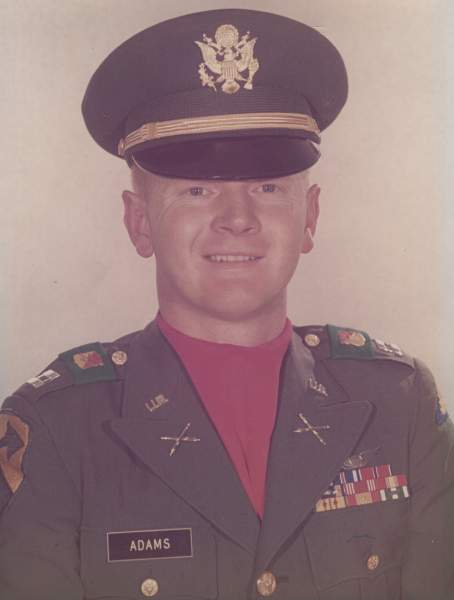 Barry's boyhood home was in Grace, Idaho. He attended Grace High School and was a member of the 1959 Idaho State Championship Basketball Team.

Barry attended Officers Candidate School at Fort Sill, Oklahoma and upon graduation he was commissioned 2nd Lieutenant. He attended helicopter flight school and earned his wings in 1967. Barry served two tours in Vietnam with the 1st Air Cav receiving the Distinguished Flying Cross for heroism while participating in aerial flight. Lieutenant Colonel Adams retired in 1985 with 20 years of active duty service.

After retirement, Barry taught physics at Kansas State University. He also worked for the Bureau of Land Management in Farmington during 9/11.

Barry enjoyed many hobbies such as golf, fishing, cowboy shooting and flying his drone. He had a great love of music and planning dinner menus with his wife, Janis. He had a tender spot in his heart for animals.

Barry was preceded in death by his parents Evan and Dorothy Adams and brother, Von Adams.

A family service will be held at the Old Post Cemetery at Fort Sill, OK at a later date.

Go to farmingtonfuneral.com to keep up to date for future services and send your condolences to the family.

Memorial contributions may be made to the Echo Food Bank, Farmington, NM.

To order memorial trees or send flowers to the family in memory of Barry Henry Adams, please visit our flower store.