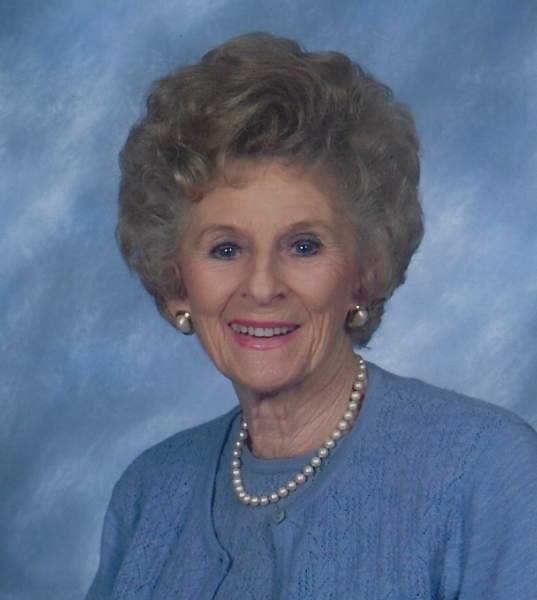 Betty Ahrens Berry, 93, passed away in Farmington, New Mexico. She was born on June 25, 1928, in Clyde, Texas to Sidney and Thelma Bouchette. Betty graduated from Abilene High School, in Abilene, Texas in 1945 and received her Bachelor of Science Degree from Sul Ross University in Alpine, Texas. She married her college sweetheart, RL Ahrens in 1947 and they moved to Dallas, Texas where Betty taught school in Dallas County and RL attended Southern Methodist University. They moved to Farmington in 1951 as RL began a 25-year association with El Paso Natural Gas. He passed away in 1977. Later, Betty married longtime friend, Bob Berry, who passed away in 2005. She shared a special relationship with his children, Rob Berry (Betsy), Martha Morgan, Cynthia Valverde, Greta Berry, and Nancy Ogilvie (Chip).

Having moved from San Antonio, Texas, early Farmington with its one paved street was somewhat of a shock, but Betty always said she fell in love with Farmington at first sight and that love affair lasted 71 years.

As Farmington was growing from 3,500 to the lovely city it is today, there were many opportunities to serve and work in the community and for years Betty led an active life doing just that. She served on various boards where she helped the San Juan College Foundation, Child Haven, Anasazi Outdoor Foundation, Chamber of Commerce Redcoats, and founded the San Juan League and the Regional Animal Shelter Foundation.

Farmington schools were overflowing in the early 50’s and teachers were in great demand. When RL’s boss, who just happened to be on the school board, found out that Betty was a teacher, she was encouraged to take a job teaching English at the Jr. High. She taught for 3 years, in the old 3 story cafeteria building, and she loved every minute of it. Over the years, many of her original pupils remained good friends and these friendships she cherished.

In 1986 Betty was offered the Public Relations position at First National Bank and this led to a new career. One of her original public-school contacts just happened to be president of First National and through their long acquaintance he felt she was right for the job. Whether is was planning the bank Christmas party or cajoling the bank employees to participate in the Circus Wagon Parade entry, she had the time of her life promoting the bank until her retirement in 1994.

Betty spent her last years volunteering for some of her favorite organizations. As a staunch Republican, she participated in all of their activities, particularly the Federated Republican Women, and campaigned for many GOP candidates. She enjoyed working at the Farmington Animal Shelter, serving lunch at Daily Bread, ribbon cutting at Red Coat function and helping make plans for the Hospital Auxiliary Charity Ball. She was a faithful member of the church choir, considering herself quantity rather than quality. Her favorite pastime was playing bridge with longtime friends, some of whom she had known since moving to Farmington.

Betty was named Chamber of Commerce Citizen of the Year in 1988 and awarded the Paul Harris by Rotary International in 1995. Betty leaves her heart and her handprints on so many things in Farmington and considered it a pleasure living here for 71 years. She never met a stranger and was noted for her engaging smile and willingness to help others.

She is survived by her daughter, Sydney (Warren) Cross of Georgetown, Texas and a grandson Jeremy (Jessica) Cross or Round Rock, Texas.

A private burial service will follow the memorial service which will be held on Thursday, June 30th at 2:00pm at the First Presbyterian Church, 865 N. Dustin.

To order memorial trees or send flowers to the family in memory of Betty Ahrens Berry, please visit our flower store.