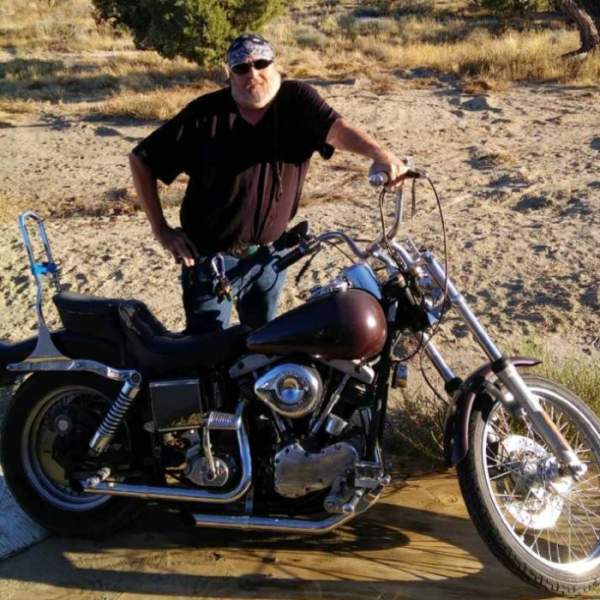 Bill Wofford passed away at home on Monday May 31, 2021. He was born to Ron and Barbara Wofford.

Bill graduated from Farmington High School and a few years later moved to FL. with his 1st wife Susan and had 2 children Brandy and Dylan. Bill started working in the 7th grade at the Valley Drive-In Theater until he graduated. He then worked as a mechanic & wiring technician at U-Haul & a welder for the Navy Shipyards in FL.

Bill started racing motorcycles when he was 12 years old & went on to race cars at both the Aztec Speedway and the Drag racing strip after High School, along with racing his black mustang down main street.

Bill loved his family, his Harley, Nascar, Hunting, Target shooting, Fresh and Saltwater fishing, competing in the King Fish Tournaments and especially working on cars and making them go fast!

Bill was preceded in death by wife Carla, daughter Brandy, brother Robert, Stepdad Jeff and both sets of Grandparents.

Bill requested to be cremated with no services. He is entrusted to Farmington Funeral Home.

To order memorial trees or send flowers to the family in memory of Bill Wofford, please visit our flower store.