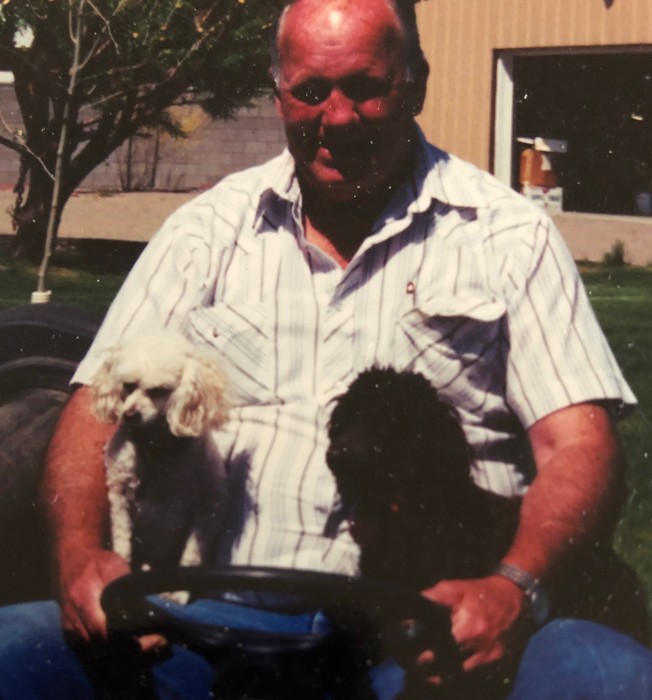 Billy Wayne Carroll was born March 15th, 1941 to Ross Oscar and Francis Mooney Carroll. He was the third of five children, preceded by brother Leon Carroll and his wife of 32 years Earleen. Born in Goodlett Texas, Billy spent most of his early life in parts of Texas and Hachita New Mexico. As a kid Billy was always tinkering with his toys, equipment and other industrious items.

Entering his adult-life, Billy married his High School sweetheart Ezell Killian and they were married in August of 1959. It was soon after they married, that Billy started working for various heavy equipment contractors and eventually started his own heavy equipment business in Deming, NM. Their first son David Ross was born in 1960 and followed their 2nd and 3rd sons, James Beau and Michael Wayne. In 1968 Billy and Ezell divorced.

After working in various states and growing his overall business skills in the heavy equipment business, Billy relocated to Farmington, NM and met the love of his life Earleen Jimerfield. They were married in April of 1980 and he gathered two more sons John & Nick Jimerfield. Additionally, in the same year they started B&E Equipment Inc. that served the Farmington, NM area faithfully for over 30 years.

Billy is survived by 9 sons and daughters; John & Mindy Jimerfield, Nick & Annette Jimerfield, David & Elaine Carroll, Micheal & Pat Carroll and James Carroll. Additionally, he is survived by 13 grandchildren, along with 18 great-grandchildren. Cremation will take place and burial will be at a later date. A celebration of life service and luncheon will occur at 11:00 AM on Friday, November 22nd at Mesa View Baptist Church where Billy was a church member.

To order memorial trees or send flowers to the family in memory of Billy Carroll, please visit our flower store.
Send a Sympathy Card