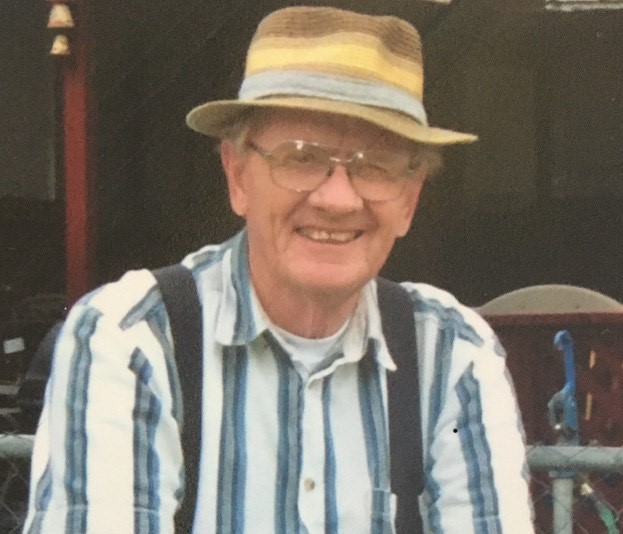 Billy Peterson, loving and devoted husband, father, grandfather and friend, passed away peacefully last Tuesday, December 8th, at his home in Aztec.  He was born and raised in Galesburg, Illinois.  His days as a child were spent riding his horse and helping around the farm until moving to Colorado, where he spent his late teen and early adult years.  After graduating from college, he served his country as a rifleman in the army.  At the completion of his service, Bill worked for a variety of employers:  the railroad, the BLM, the Federal government and finally, the Durango Silverton Railroad.


Bill was a faithful and devout Lutheran, a natural storyteller and true gentleman.  He arrived plenty early to all appointments, balanced his checkbook to the penny, and loved a good joke. And despite an apparent dislike of the kitchen, he made a surprisingly good fudge sauce for ice cream.


Bill’s love of railroading led him to build a live steam railway in his yard that he loved to give people rides on.  Nothing made him happier, though, than plucking away on his banjo, which he taught himself to play completely by ear.


His 'salt of the earth' ways were represented in how he contributed to the community.  Whether it was teaching confirmation, singing in the choir, helping neighbors or just picking up trash on the side of the road, Bill was always striving to make the world a better place.


He is survived by his wife of 48 years, Nancy, his daughters, Chama and Kirsten, his stepchildren Linda, Joya, Gloria, Jonathan and David, and his grandchildren, Robert, Ethan, Rainne, Rachael, Sarah, Emily and Elena.

To order memorial trees or send flowers to the family in memory of Billy Peterson, please visit our flower store.
Send a Sympathy Card