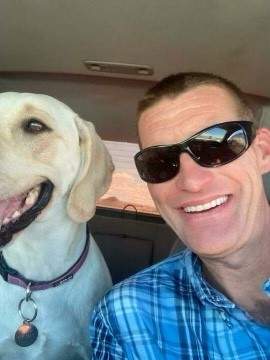 Brett was born on September 23, 1978, in El Paso, Texas to Keith and Mary Ann Fine. Although he lived in a few places, Farmington had been his home since 1990. He graduated from Aztec High School in 1997 and a few years later from San Juan College earning his AA degree.

Brett was a hard worker and always the first person to lend a hand. One of his passions was to build and fix things. Brett turned that passion into a career where he became a skilled machinist and mechanic. In addition, he loved the great outdoors and spending time with his loved ones - specifically his father, mother, and grandson. His love and loyalty to his family was unwavering. There are many people whose lives he impacted with his generosity.

He is survived by his children, Mariah, Brison and Kymber, parents Keith and Mary Ann, sister Tanya, grandson Alonzo, brother-in-law Ryan, numerous cousins, nieces, nephews, aunts, uncles, and countless friends. Brett was preceded in death by his grandparents, his uncle, and cousin Jason.

Cremation has been chosen. A celebration of life will be held Saturday, July 16th, 2022, at 3:00 PM at Farmington Funeral Home (2111 W Apache St, Farmington, NM 87401). Pastor Merle Yazzie will be officiating the service.

To order memorial trees or send flowers to the family in memory of Brett Colton Fine, please visit our flower store.