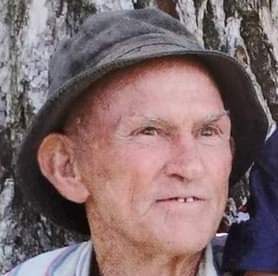 Clifford A Mosley was called to his Heavenly home on November 05, 2020.

Cliff was married to Sharon Mosley who preceeded him in death.

Cliff started selling newspapers and polishing shoes at a very young age. He worked at gas stations, unloaded rail cars, was a member in the United States Air Force, worked in a cement factory, delivered milk, drove a dump truck, worked for El Paso Natural Gas Company, a bottled water plant, Long Beach Gas Plant, and was an accountant for the American Can Company. He attended college in Long Beach, California then, ultimately decided his love was in working with his hands and he retired as a carpenter.

Cliff was a faithful member at Landmark Missionary Baptist Church and loved his church family. He was a multi-talented individual and it was said that there was nothing he couldn't do. After retiring, he and his wife took woodworking classes which led him to start building furniture and cabinets. This became his true passion, second to his love of Jesus Christ. He made several pieces of furniture that will be in the homes of his loved ones for years to come.

Clifford was a loving husband, brother, daddy, grandpa, and greatgrandpa and friend and he will be missed by all who loved him. His final wish was that his family and friends would come see him in Heaven and he asked that everyone "LOVE JESUS".

A graveside service will be held at a later date.

To order memorial trees or send flowers to the family in memory of Clifford Mosley, please visit our flower store.