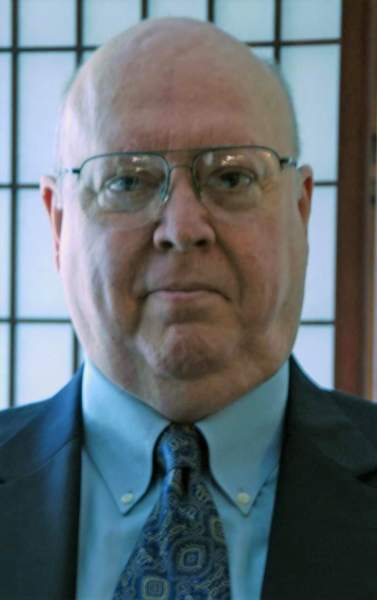 Dennis Lee Hulin, 75, of Farmington, NM, passed away May 4, 2021. He was born May 2, 1946 in Walnut, Iowa to Ralph LeRoy Hulin and Annabelle Marie Wehland.
Dennis was born in Western Iowa on an active farm that his ancestors Homesteaded. He left the farm and moved to Omaha, Nebraska in his late teens and eventually ended up in Hinsdale, Illinois. In Hinsdale he worked at Hinsdale Adventist Hospital in the lab as a Phlebotomist, in Patient Care Services as an orderly, and in Dietary services as a baker. During this time he met his wife and they got married and had 2 children, Stephanie and Christopher. When they left Ohio, they set up home in Nashville, Tennessee. Dennis became a Financial Planner in Nashville and became involved in some of his favorite hobbies of Photography, Native American Culture, Mountain Man Crafts, and History. He was frequently exposing his family to different cultures and their foods. Dennis had a wide pallet of food loves and enjoyed being in the kitchen creating many of the different foods he discovered and sharing his great ability and passion with friends and family.
This passion for food led him to go to Culinary school in Asheville, NC after his divorce. He loved learning the art of cooking but realized the life of a chef was not for him. It was soon after that he became reacquainted with his wife Bonita whom he married December 31, 1992 after she had asked him out on their first date August 17, 1992. During their marriage they had many adventures that included many day trips to many areas of interest and drives through back country off roads including those who required 4 wheel drive. In 1998 they decided to use Travel Nursing to see the West which allowed them to see many parts of Idaho, Oregon, and California. Since Travel Nursing their adventure continued to Washington, California, Florida, New Hampshire, Pennsylvania and New Mexico. It has been an adventurous and varied life that has ended with losing the battle against debilitating illness which took his life on May 4th, 2021.
He was preceded in death by his parents, Ralph LeRoy Hulin and Annabelle Marie Wehland.
Dennis is survived by his loving wife Bonita Marie Hulin of Farmington, NM; son Christopher Hulin of Portland, Tennessee; daughter Stephanie Hulin Affron of Lodi, California; brother Lamar Hulin of Portland, Tennessee; grandchildren Corbin Hulin of Portland, Tennessee, Chadwick Hulin of Portland, Tennessee, and Macy Hulin of Portland, Tennessee.
There will be a memorial service at 2:00 pm on June 5th, 2021 at Pinon Hills Seventh Day Adventist Church with Pastor Wayne Gayton officiating.
Memorial/donations may be made to Amazing Facts Christian Ministery at www.amazingfact.org or www.Maranatha.org which is Maranatha volunteers international. Dennis was an avid viewer of the Amazing Facts Ministry and its programs of Maranatha were extremely important in making a difference in the lives of those living in areas that lack clean water, schools and churches.

To order memorial trees or send flowers to the family in memory of Dennis Hulin, please visit our flower store.