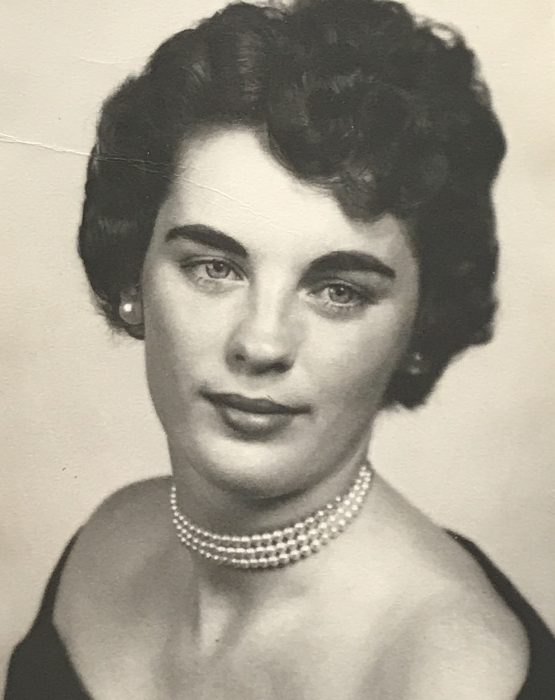 Dolores Louise Glass, “Dee”, age 92, went home to be with the Lord March 24, 2021 at the home of her daughter Jan and son-in-law Bo Skeen, Aztec, NM.  Dee was born November 30, 1928 in Columbus, Ohio to Carl Davis and Rosemary (Blum) Davis. When she was three, her parents divorced and her loving mother remarried a very kind man, Bill Wolfe, two years later.  Her stepbrothers Don and Greg were born when she was eight and eighteen. Her mother became a devout Christian and raised Dee in Warren Avenue Church of the Nazarene where her husband-to-be John Glass was raised. Born in the Depression and financially poor, but relationally rich, Dee was blessed to live with or next door to cousins’ who were like sisters.  They, and her many lifelong school friends, have plenty of stories of their madcap adventures. Dee was the ‘beautiful, quiet, gentle one’, recalled one cousin.  After graduation from West High School in 1947, she and cousin Marilyn ventured to Washington, D.C. as secretaries for the Pentagon Naval Office. Dee transferred to Utah to work near her high school ‘crush’ John, stationed in the Air Force, and married in 1953. She and John moved to Dayton, Ohio to start his career as a sales engineer with Republic Steel Corporation and she worked at Wright Air Force Base until daughter Janet was born.  James was born three years later and Dee focused her many talents and energies on being a wife, mother, and homemaker. Early in their marriage, she joined John in his lifelong Barbershop hobby, by singing in the Kettering Sweet Adelines chorus he directed.  She also volunteered at the hospital, and joined a bowling league.  She was a talented self-taught seamstress, notably making her own wedding dress as well as her children’s Easter outfits, costumes, and home décor.  She loved beautifying her home inside and out, planting flowers or refinishing furniture.  She volunteered at her children’s schools as PTA president, home room mother, Cub Scout Den mother, and decoration chairman for dances. John’s sales job with Republic Steel Corporation took them from Dayton, Ohio to Harrisburg, PA and to Richmond, VA , where she was always a kind and thoughtful neighbor and friend, faithfully keeping in touch through letters and cards. In Richmond, Dee worked part time for a small trucking company, then for John at his home office.  As empty-nesters, she and John joined a dance club and volunteered at an assisted living facility, went on a memorable Hawaiin cruise, traveled to see family, and hosted holiday gatherings.  She was a committed wife, devoted mother, grandmother, great grandmother, sister, daughter, aunt.  In 1999 she suffered a major stroke and subsequent open heart surgery, which left her suddenly unable to do most of the things she loved.  Her inner strength, wit, and perseverance, helped her endure years of therapy and bouts of chronic pain living at home in Richmond and Venice, Florida where they retired in 2002.  In 2009 she moved into Sunset Lake Nursing Home where John faithfully visited twice daily. She often attended Christ Church Venice where John sang in the choir. Retired pastor Phil Anthony and wife Rose and volunteer visitors from the church were instrumental in leading Dee to a return to faith in Christ while she was at Sunset. John’s sister Mary Esther (Dick) and niece Cheri and husband Bill of Venice were immeasurable help to John and Dee. Brother Greg (Judi), niece Angel, and cousin Marilyn (Dan) were frequent uplifting correspondents/visitors.  In 2017, Dee and John moved to Good Samaritan Village (Aztec Healthcare) to be near daughter Jan. On hospice since June 2020, Dee lived with Jan and Bo from November 2020 to her passing.  John continued daily visits, singing her songs, up to the day she died.  She is preceded in death by her birth father Carl Davis, mother Rosemary Blum (Davis) Wolfe, and step father William Henry “Bill” Wolfe.  Surviving her are husband of 67 years John Wilbur Glass, brothers Donald Lee Wolfe (Sandy), Gregory Paul Wolfe (Judi), and nephews and nieces Don Wolfe, Jr, Debbie (Wolfe) Segbers, and Angel (Wolfe) Daniels and families—all of Columbus, Ohio area; daughter, Janet Lynn Skeen (Bo) and son Fr. James Michael Glass of Norfolk, VA; grandchildren Sarah Ashley Purcell (Graham) and great granddaughters Elenora, Catherine, Nadia, and grandson Baby Purcell on the way  of St. Petersburg, Russia; Courtney Anne Skeen of Moscow, ID; Meghan Renae Crawford (Bryan) and great grandsons Bronson, Jax, Jett, Ryker of Farmington, NM, and Riley Adam Skeen of Richmond, VA   She is also survived by cousins Marilyn Middleton (Dan), Gloria Calentine, Carole Ritchard, and Shirley Klumpp, and many Glass family nieces and nephews. Memorial service will be held 11 a.m.,  April 6, 2021, at Grace Hill Church, 4400 East Main, Farmington, NM, immediately followed by lunch/reception.  Private family graveside service for burial of cremains will be held at 3 p.m. at Greenlawn Cemetery, Farmington, NM.  If desired, Memorial donations may be made to Samaritans Purse, www.samaritanspurse.org

To order memorial trees or send flowers to the family in memory of Dolores Glass, please visit our flower store.
Send a Sympathy Card