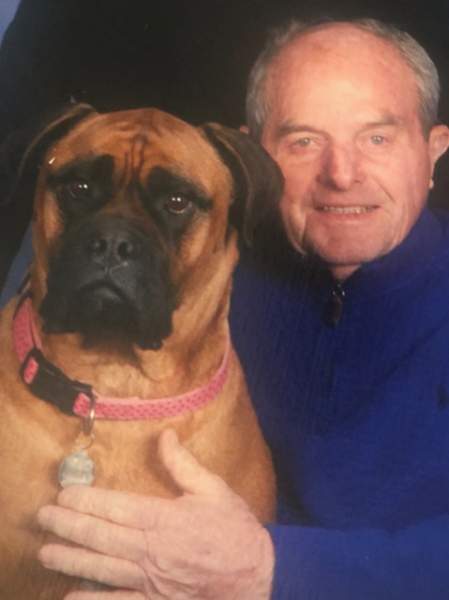 Donald R. Pollard peacefully transitioned on March 16, 2020, in Farmington, New Mexico with his family, beloved nurses and caregivers easing his journey. We are forever grateful for the many caregivers that loved him and cared for him with grace and dignity, during this time.

He was born in Long Beach, California, October 19, 1932. Don served his country in the United States Marine Corp during the Korean War. As a young soldier he provided radio connection for his unit to the front lines. He was recognized at the Korean War Memorial in Washington DC on the 7th panel, after serving his tour in Korea.

Don made his home in Mendocino and Fort Bragg California for over 50 years. He was a well-known building contractor and community member. He served on the Booster Club, coached baseball, attended sporting events and supported the schools in the area. Don could usually be seen at the Sea Gull having coffee with his dear friend, SkipJones.

He was instrumental in building the stadium at Fort Bragg High School and the bleachers at Mendocino High School. Some of his amazing carpentry work is still a part of the community. One of his most proud accomplishments in Mendocino, was the remodeling of the historic Masonic Temple and the Presbyterian Church. His first job, after receiving his contractor’s license, was building the Mendocino Post Office. He built many large custom homes on the Pacific Coast for numerous locals and created structures that have withstood the test of time. He worked for several years consulting, redesigning and building the facilities for the former Georgia Pacific Lumber Mill in Fort Bragg. Many remember him as the owner of the Mendocino Tennis Courts and the Redwood Health Club.

His love for children and the excitement he showed interacting with them was an incredible gift. He enjoyed listening to their stories, watching them play and delighted in their accomplishments. It was not uncommon to see him cheering on the high school basketball teams. The pride he felt in his own children was an incredible blessing for him. It was not uncommon to hear him brag about his children, 14 grandchildren and 6 great grandchildren.

In the early 1990’s he and his wife, Ann, moved to Farmington and purchased the Royal Spa, Sonja’s and Skateway. After moving to Farmington, New Mexico, he became a member of the Sacred Heart Church. The numerous friends he made were an incredible support to him the past several years. He had great respect and endearing relationships with the friends who nurtured his love for the Lord. Don often spoke of how blessed he was to have found a community that was so gracious and loving.

Gratitude and acceptance of differences were his gifts. No one was a stranger. He travelled to many places, shared life events with friends and family and left a legacy of kindness, resilience and patience. A strong man who came from a challenging childhood, Don left us with a positive outlook on life and could always see the blessings in every situation. He will be deeply missed and forever remembered.

Services will be at Sacred Heart Catholic Church on Thursday, March 19, 2020, at 9:00am. A celebration of life, and inurnment at St. Mary’s Catholic Church Columbarium, will be In August to include a full military tribute. In honor of Don, donations may be made to The Sacred Heart School Foundation at 1414 Allen Street, Farmington, N.M.

To order memorial trees or send flowers to the family in memory of Donald Pollard, please visit our flower store.