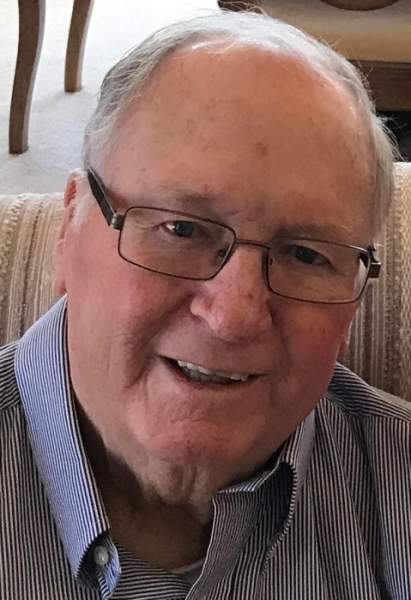 On June 10th, 2021, Edward Dee Marcum set aside his earthly body and returned to the presence of his Heavenly Father after a brief fight with cancer.

Edward was born October 12, 1935, to Dee Muncey Marcum and Guyeula Vermillion Marcum in Victor, Colorado. During his childhood, His family moved to Paonia, Colorado where he lived with his parents and his sisters until he graduated from high school. During his time in Paonia he made many close friends with whom he stayed in contact his whole life.

Eddie's father was a coal miner and died from black lung when Eddie was still in high school. As assistance and growth was limited for widows and their families; Eddie had to strike out on his own. He moved to Farmington, New Mexico where there were many economic opportunities. Soon after locating to Farmington, he met JoAnne McGee whom he dated, became engaged, and married in the St. George LDS temple, beginning over 60 years of marriage together.

Eddie worked hard, often carrying multiple jobs to make ends meet for his young growing family. He first worked at the Farmington Post Office and the Allen theaters. Most of his employment was with El Paso Natural Gas- where he worked for 35 years. After his retirement from El Paso Natural Gas, he tried his hand for some time as a real estate agent, at First National Bank, and later Wells Fargo; until his health forced him into a full retirement.

Community and volunteerism were always a cornerstone in Eddie's life. Even with a heavy work load he found time to volunteer in many capacities in the community. He was a steady fixture at the Farmington Boys Club for approximately 13 years serving on the board of directors where he had a positive influence on many young men. He would be frequently seen refereeing basketball games or giving youth rides to their homes around town after the club had closed for the night. He was a common fixture at the annual Boys Club Barbeque fund raiser. His years was service was recognized when he was awarded the Silver Medallion Award from the Boys Club of America. His service was also present in his membership with the Young Republicans.

To the horror of his children Eddie served on the Farmington municipal and New Mexico state School Boards; as both a member and President of each organization. Each of his children (it has been said) inexplicably seemed to be in the hall or in some sort of punishment when Eddie showed up with other members of the school boards to visit schools where his children were in attendance.

Eddie loved sports. He was active in the Farmington High School sports community where he often chaired the Green Backer Club to support the high school coaches. Sharing his love for baseball Eddie coached many teams for his sons passing on lessons and learning of life and the love of the sport of baseball.

As a culmination of his constant service and volunteerism in the community Eddie was awarded the Farmington Citizen of the Year in 1994.

Most of all Eddie was a man of faith. He had a deep and constant membership in the Church of Jesus Christ of Latter-Day Saints serving in many different callings. He was twice asked to be bishop of the congregation and held multiple youth ministering callings. He often said his favorite times where when he could interact with the youth of his congregation. He also faithfully served in the Stake Presidency.

Although much time was spent with the community and church his family was first and foremost to him. He could always be counted on to join in a neighborhood whiffle ball game, even if still in his shirt and tie. A memorable I was a 4th of July evening when he joined in the traditional neighborhood firework fight only to later go to the emergency room with a smoke bomb burn. Most summer trips were spent driving his family across the country from New Mexico to Missouri; stopping along the way to visit cousins, Aunts and Uncles, grandparents, and famous historical sites.

Those that know Eddie know he bleeds blue, Los Angeles Dodger Blue, Dallas Cowboy Blue, and Brigham Young University Blue. His loyalty to those institutions has prompted many a heated conversation, multiple pranks, and sad nights after an unnecessary loss to an opposing team.

(Wife Heather) and daughter Connie (husband David). He has been blessed with 10 grandchildren and 3 great grandchildren: with a 4th to be born this summer, and numerous nephews and nieces. His sister Marietta Mille lives in Granbury, Texas.

Eddie requests that in lieu of flowers or similar items, a donation be made to the Farmington New Mexico Boys and Girls Club.

An open house in his honor will be held at the Marcum home at 1108 E 35th St from 7 to 9 pm on June 19th. In the memory of Eddy, Joanne welcomes you to join in the fun, and  wear anything involving the color Blue, Dodgers, Cowboy, and/or  BYU.

To order memorial trees or send flowers to the family in memory of Edward Marcum, please visit our flower store.