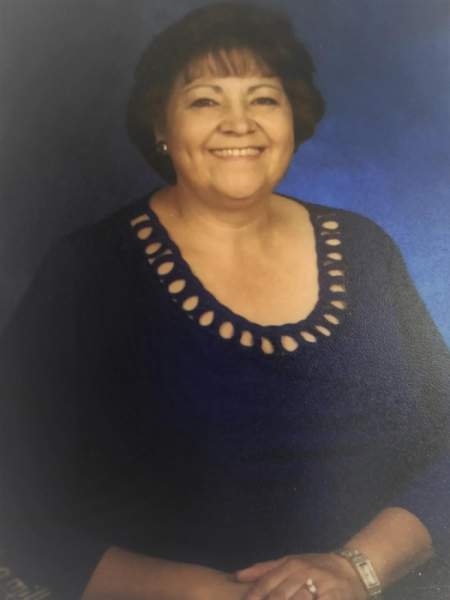 Elsie Armenta Maestas, of Bloomfield, was sent home to be with Our Lord on Sunday, September 5th, 2021.

Elsie's world was her husband Ron, son Ricky, grandsons Ryan and Jacob, and her family. She loved spoiling her grandkids more than anything, though they called it being blessed not spoiled. Hosting family events was something Elsie looked forward to and would plan a year in advance for the next one to make sure everyone was together. We can't forget about "sister lunch" which she looked forward to every week. She loved decorating for the holidays and people would visit just to see her elaborate Christmas tree every year. Her daughter in-law, Felicia, loved getting decorating advice from her and loved shopping with her as did all her sisters and nieces. She and Ron were known for hosting one of the largest Easter egg hunts in Bloomfield every year which consisted of well over 100 people at her home. Elsie loved her son Ricky more than words could ever express. Even though she only had one son, many called her mom and were grateful for her special love. She's been called the glue that kept the family together and the one that made sure everyone kept up with one another, everyone else may call that gossip.

Many times, it felt like Elsie possibly knew every person in Bloomfield. She never met a stranger, a characteristic just like her dad Faustin. Her grandkids believed her favorite hobby was talking on the phone. She was a jokester; loved pulling April Fool's jokes on everyone and always broke the silence in a quiet environment. She always checked in with others on a daily basis to make sure they were doing okay. If you ever went to visit Ron and Elsie, you knew there would be chips and salsa on the counter for you. The kids always knew where the candy drawer was and went straight to it once walking into the house.

She and Ron had a true love. Elsie cherished their drives to Durango, and Ron showing her all the sites. Ron said even when they were doing nothing, they were having fun and she was his world.

Elsie was preceded in death by her parents Faustin and Rose Armenta, brothers Joe, Richard and Jerry, nephew Sammy and in-laws Ray and Pauline Maestas.

To order memorial trees or send flowers to the family in memory of Elsie Maestas, please visit our flower store.