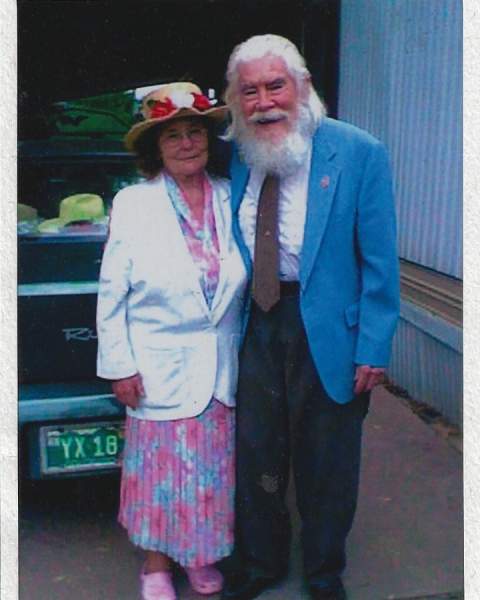 It is with great joy to announce Eunice M. Rogers Vigil has been reunited with her husband of 71 years, C. Joseph Vigil, now for eternity. Eunice was born November 2, 1925 and passed away August 28, 2022 at the age of 96 in Bloomfield NM. Together they had seven children, but she is only survived by three also thirteen grandchildren, numerous great grandchildren and great-great grandchildren.

Just before turning 50 she got her driver's license to start college. She received her bachelor's degree in classical literature and was valedictorian. Eunice also became a certified German translator, studied and taught Shakespeare, learned to snow ski, an was published poet.

She was a great mother, grandmother and a partner with Joseph at their business, San Miguel Pharmacy in Norwood, Co until they retired after 38 years.

There will be a celebration of their lives at a later date.

To order memorial trees or send flowers to the family in memory of Eunice Vigil, please visit our flower store.