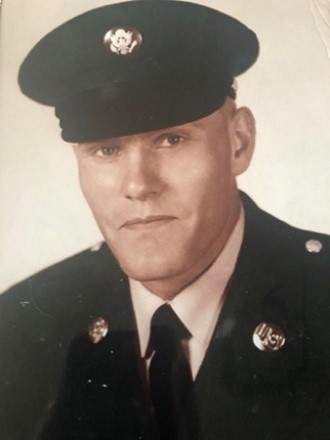 Floyd (Butch) Alan Facka, age 79, passed away on August 10, 2022. He was born on February 22, 1943 in North Platte, Nebraska to Georgia Mae Smith and Floyd Cecil Facka. He served in the U.S. Army from 1964-67, and was stationed at Fort Bliss, TX. Floyd loved spending his time outdoors. He had an avid love for fishing and in his youth would spend his time with a fishing pole in his hand. He spent a lot of his time with his many grandchildren and shared with them his love for the outdoors. Football was also a love of his. The Nebraska Corn Huskers was his favorite team. He would spend time talking football with his family and teasing you about how well your team was doing that season. Floyd is greatly loved and will be missed, but we know he is in paradise getting to enjoy time with those who had passed before him.

He is proceeded in death by both parents, his brother Dennis George Facka and son-in-law Bobby Ockerman. He is survived by his daughters Dawn Facka, Shannon Facka, Tresie Ockerman and son James Facka and wife Angie, his grandchildren Arica, Keeshawna and husband Kyle, Gabe, Audrey, Breanna, Talia, Emily, Brandon, Hailey, Joselyn, and two greatgrandchildren Maui and Koda. He is also survived by his brother Douglas Facka and wife Linda, Sister Joan Johnson and husband Don, sister-in-law Linda Facka, and many nieces and nephews. Cremation services are being arranged and a celebration of life service will be held on Saturday August 27, 2022 at Aztec tiger park 1301 old Spanish trail, Aztec NM 87410 from 12 pm to 4pm.

To order memorial trees or send flowers to the family in memory of Floyd Alan Facka, please visit our flower store.