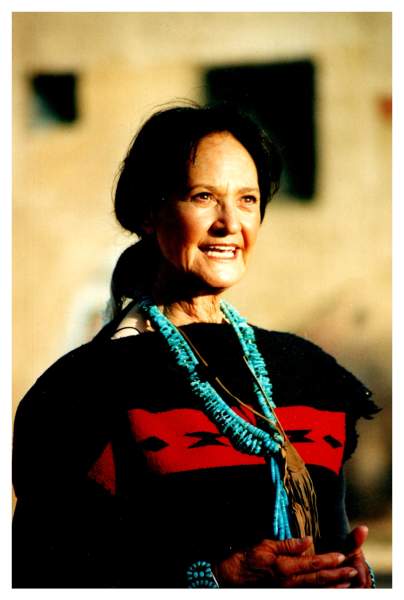 On October 14, 2020, Frances Sharon French, passed away from this life to her eternal home after a long battle with Alzheimer's.

Sharon was born on August 27, 1937, in Shiprock, to Violet and Calvin Hatch, she was the oldest of 4 children born into a cross cultural family.

Sharon's love for her native grandfather Joseph Hatch, had a huge impact on her desire to become a play write and a storyteller. She was the most unique of historians, taking her childhood experiences growing up along the San Juan River in a small community of the four corners. She wrote the nationally acclaimed outdoor pageant Anasazi the Ancient One for which the Lions Wilderness Amphitheater was built. The City of Farmington produced the pageant from 1988 every summer for 11 years following. Sharon was known for her love to perform and write. She gave countless young actors and actresses their start in theater. Sharon, always a champion for women and bridging cultural divides. Sharon was a singer, writer, storyteller, historian and most would say a comedian, but Sharon's favorite roll in life was being the matriarch of her family, her family was her life.


To order memorial trees or send flowers to the family in memory of Frances French, please visit our flower store.