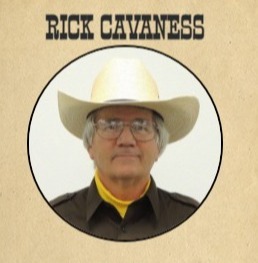 Frederick (Rick) Charles Cavaness died unexpectedly the morning of Thursday, January 5, 2023, at San Juan Regional Hospital's Emergency Room. He was 74 years old, and his sudden death shocked those who knew him.

He was born in Oklahoma City in 1948, the youngest son of Dan M. and Dorothy (Bothwell) Cavaness. He graduated from Western Heights High School in 1966. He earned his Third-Class FCC License in Communications Spring of 1971, two years after marrying Janice Redding in 1969.

As a child Rick was inventive and intensely curious. He liked building things, even helping his dad build the family home. He liked taking things apart, figuring out how they worked, and putting them back together. This set the stage for his adult life as a MacGyver kind of guy: he was creative at problem-solving and could build, repair, or modify most anything involving lumber, machines, electronics, electric circuits, phones, solar technology and computers. He was also fluent in three computer languages: Basic, Fortran, and Pascal.

August 1971, he hired on as Communication Technician for El Paso Natural Gas Company. And for 49 years he continued working in the field of communications for EPNG, El Paso Energy, El Paso Field Services, and Enterprise Products.

Rick held a Commercial LTA Pilot's license and was his wife's flight instructor. They enjoyed flying their hot air balloon "High Society" for several years, the highlight of each year attending the annual Albuquerque Balloon Fiesta. He and his wife were enthusiastic cross-country skiers. One particularly snowy day in Farmington, Rick skied from his home to his office. The couple were members of the local river-running club and took many whitewater trips in His-and-Hers kayaks. Two most memorable trips were a three-day journey down the Goosenecks of the San Juan and the adrenaline rush of wild water in the Gunnison River within the Black Canyon of the Gunnison.

Shortly after moving to Farmington, Rick joined the city's volunteer firefighter's unit. One call-out on a Fourth of July weekend Rick was first on the scene and as a city fire engine roared up, he waved it off to the next call as he was successfully putting the flames out with one of his tennis shoes. More dangerous was Durango's 1974 blaze that burned down most of the west side of the 800 block of the historic business district. A call went out to all area firefighting units for assistance and Farmington responded. After dark, and many hours of helping fight the flames, Rick took a break by sitting down against a parking meter. In full turnout gear he managed to fall asleep in spite of fire hoses, fire engines, smoke, and water nozzles nearby.

He did beautiful portrait photography and helped start a local photography club. He was also active in a local theater group as an actor, a production technician, and served a term as the group's President. Later he spent many years as a member of the San Juan County Sheriff's Posse.

He was predeceased by his parents, and is survived by Janice, his wife of 57 years, his sister Carol, and his brother Danny. Rick is, and will always be, much missed and much remembered.

To order memorial trees or send flowers to the family in memory of Frederick Cavaness, please visit our flower store.