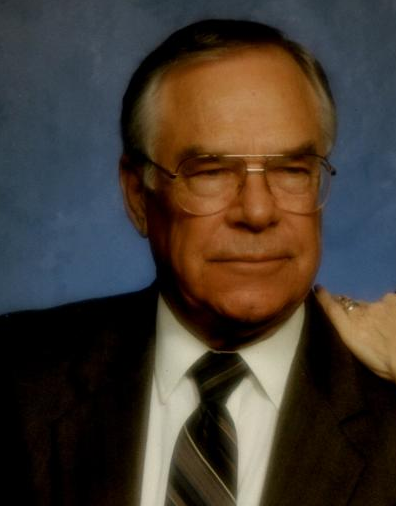 We are sad to announce that G.L.(Bob) Erwin died peacefully on Thursday, February 27, 2020, at the age of 94. Bob was a long time resident of Farmington and helped develop the education in the San Juan Basin.Bob was born November 27th, 1925 in Parks, Texas, to W.E. (Ike) and Leona Erwin.He is survived by: Gary and Linda Erwin, of Califorina, Ellen Erwin, of North Carolina, Janie and Jerry Bekken, of New Mexico and Glenn and Lory Erwin, of Texas. Bob and Flo have 18 grand kids and 37 great grandkids. He is preceded in death by his wife Flo, son Greg, brother Jack, and many other family and friends.Bob retired for Farmington School System after 47 years.Bethany Christian was their church home.Graduated High School from Jal, New Mexico in 1944 where he was a star athlete, earning State Honors.Volunteered in the U.S. Navy in World War II and trained as a pilot.Met the love of his life while attending Hardin Simmons University and celebrated 72 wonderful years together. Bob was listed in the “Who’s Who of American College Men”. His life was spent in education and coaching. Students would refer to him as “Coach Erwin” or “Principal Erwin”. Bob had a significant contribution in development of the youth.Kawanis Club, hunting, brother, son, Coach, Teacher, Asst. Principal, Principal, Superintendent, poker player, Golfer, world traveler, and was an avid Dallas Cowboy fan.Bob’s priorities were God, his family, friends and traveling. Bob had that winning attitude that everyone loved. Quick laughter and wit were his forte; A life well lived.He will always be remembered for his faith, his unfailing optimism, his good nature, his generosity, his gentleness, his kindness, and his courage.The family rejoices in knowing he is in the presence of his Lord and Savior whom he sincerely worshipped and served all his life.The children of Bob and Flo appreciate the staff at Nameste and Hospice for taking such good care of our Daddy.We will miss him every day but we know he is Heaven dancing with Mom and fishing with Greg.There will a viewing from 3pm to 5pm on Sunday, March 1 at Farmington Funeral Home at 2111 W. Apache Street. A Memorial Service will be held at 10am Monday, March 2nd at Cross Roads Community Church, 2400 N. Butler. Reception will follow Memorial Service at Bethany Christian Church at 711 E. 30th Street.

To order memorial trees or send flowers to the family in memory of Garland Erwin, please visit our flower store.
Send a Sympathy Card