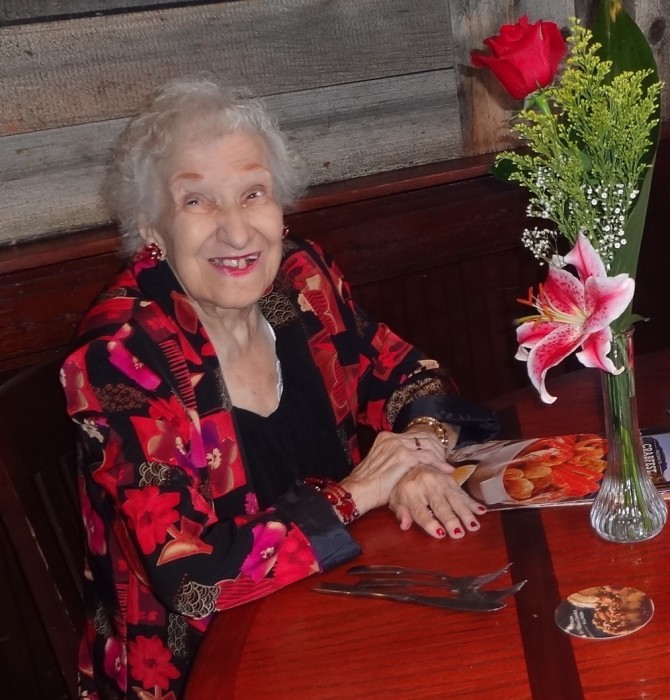 Graydonna Mae Graham - On July 16, 2019 she was instantly dancing on the streets of gold and walking with Jesus!  Graydonna, known as “Donna” was born on September 1, 1926 in East Lansing, Michigan to Ralph and Nellie Scott.  Her schooling was in East Lansing and continued on to college at Michigan State University.  She earned her Bachelor’s in Social Sciences-Sociology in 1948 and worked on campus at the Department of Agriculture. She met Gerald Graham, “Jerry” and they married on August 31, 1947.  In 1952 they moved to Phoenix, AZ.  She worked for the Internal Revenue Service there for 27 years. They had one child, Candi in May 1954.  They moved to Scottsdale in 1959 until 1979 then Donna retired from the IRS and moved to El Paso, TX. near her family. She lived in El Paso for the next 30 years and moved to Santa Fe in 2011 and then to Aztec, NM in 2012 until her passing. She was a God-serving woman her entire life and was involved in Pinon Hills Community Church and Calvary women’s Bible study since 2012. She was the matriarch of the family of 1 daughter, 4 grandchildren, and 18 great-grandchildren and was greatly loved and admired.

To order memorial trees or send flowers to the family in memory of Graydonna Graham, please visit our flower store.
Send a Sympathy Card