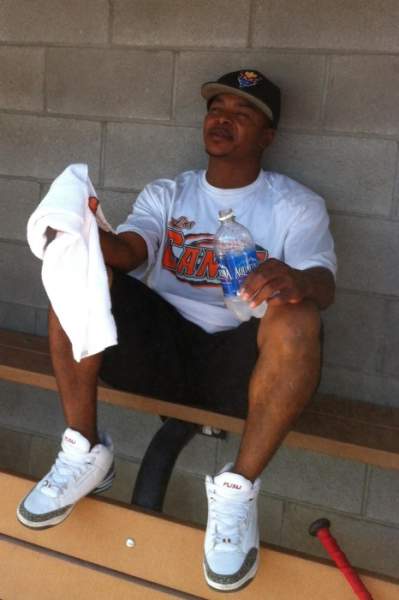 It is with deep sorrow and much love that we announce that Ivan Lamar Smith was called Home to our Heavenly Father suddenly on August 7, 2021, at the age of 40.

Ivan was born on August 20, 1980, to parents Paul and Mae Smith in Farmington, New Mexico.

Ivan was very well known and respected in Farmington and San Juan County for giving back to his community through Coaching in many different Sports from Youth Basketball to Youth Wrestling.

In his younger days he was known for playing basketball at Brookside Park and as an Adult Ivan played on numerous softball teams.

People would say that Ivan was well rounded, outgoing, a kind individual, and a very hard worker. Ivan was big on Family and loved even harder.

Ivan is Survived by his parents, Paul and Mae Smith, his brother and best friend, Paul Smith (Monica), his brothers by choice, Garry and Ryan Thorton, his sister, Shanice Smith and his sister by choice, Jessica Greenough.

He leaves behind four amazing children and a bonus stepson which were the light of his life. Ivan Smith Jr, Ebony Smith, Iyesha Smith, Tia Zhane Smith, and Lamont Hemmingway. He also leaves behind the love of his life, his fiancé, Roberta (Lizzy) Sanchez.

On behalf of the entire Smith Family, we would like to say Thank you to our Family, Friends and Community for each and everyone of you that has helped us Honor our loved one.

Your generous donations have been an incredible blessing and have truly helped lift a burden off our shoulders as well as lifted our spirits during this time. The thoughtfulness and love shown for Ivan Lamar Smith has been immense and we cannot thank you enough. God Bless you all.

To order memorial trees or send flowers to the family in memory of Ivan Smith, please visit our flower store.