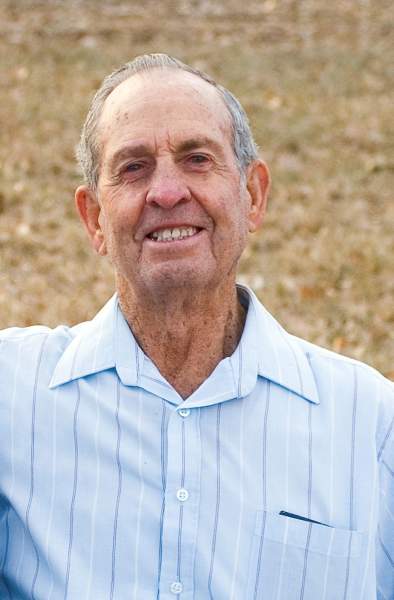 James Roland McDaniel passed away June 4, surrounded by his family. Born February 7, 1933 in his family home in Bloomfield, NM to Herberta Hippler and Elmer "Lope" McDaniel. He grew up as one of 13 siblings, farming and ranching and attended Aztec High School, a distance runner who won the state mile in 1951. Upon graduation he joined the Marine Corps, received an honorable discharge, then served a mission for The Church of Jesus Christ of Latter-Day Saints in Southern California. He worked first for Southern Union and then for El Paso Natural Gas for 35 years. He married Eloise Ward in 1968 in the Salt Lake Temple. Together they raised four really ornery kids. He was preceded in death by his parents and 7 siblings; he is survived by his siblings: Eva (Val) Labrum, Geneva Priddy, Herb (Joanne) McDaniel, Ted (Sandi) McDaniel, Linda Kaczmar; numerous nieces, nephews, and cousins; his four children: Alan, Jeremy (Angie), David (Heather), and Jocelyn; and five grandchildren: Kate, Claire, Lucas, Marcus, Joshua. Funeral services will be at the Bloomfield chapel of The Church of Jesus Christ of Latter-Day Saints (902 W Blanco Blvd) at 11 a.m. on Wednesday, June 8. The family would like to thank the nurses and doctors of San Juan Regional Medical Center and the nurses of Basin Hospice.

To order memorial trees or send flowers to the family in memory of James Roland McDaniel, please visit our flower store.