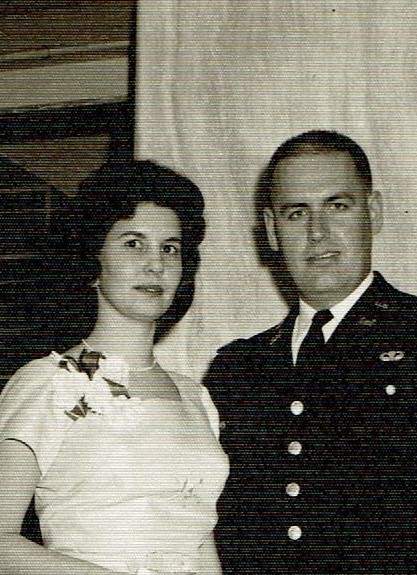 Jane Katherine Skidmore, 89, of Farmington, passed away on November 23, 2020. She was born on January, 14, 1931 in Granville, Tennessee to Lester and Mary Jane Duke.Jane attended Marshall and Vandebilt College. She met her husband, Herrold Skidmore, Jr. and they were married on December 19, 1960. Herrold's military career took them all over the world. From 1960 - 1974 they were on military bases all over. In 1967 they had Chris who was their whole world. They moved to Las Cruces in 1975 and then to Albuquerque in 1992. Herrold retired from the army and taught civil engineering while Jane worked at NMSU from 1982 - 1992. They lived in Albuquerque from 1992 - 2016 when Herrold passed away. Jane moved to Farmington in 2016 where she spent time with her son, grandchildren and great-grandchild.Jane is preceded in death by her loving husband Herrold J. Skidmore, Jr.; parents Lester Duke and Mary Jane Thomas Duke and her sisters Sue Frye and Becky Adamski.She is survived by her son Chris (Amanda) Skidmore; brother Charles Duke; grandchildren Chris Skidmore, Jr., Cameron (Staton) Cummins and Connor Skidmore; great-grandchild Sophie Leianne Grace Cummins.She will be laid to rest at the Santa Fe National Cemetery at 2:15pm on Tuesday, December 8, 2020.Due to the restrictions only 5 five members will be allowed to go.
To order memorial trees or send flowers to the family in memory of Jane Skidmore, please visit our flower store.