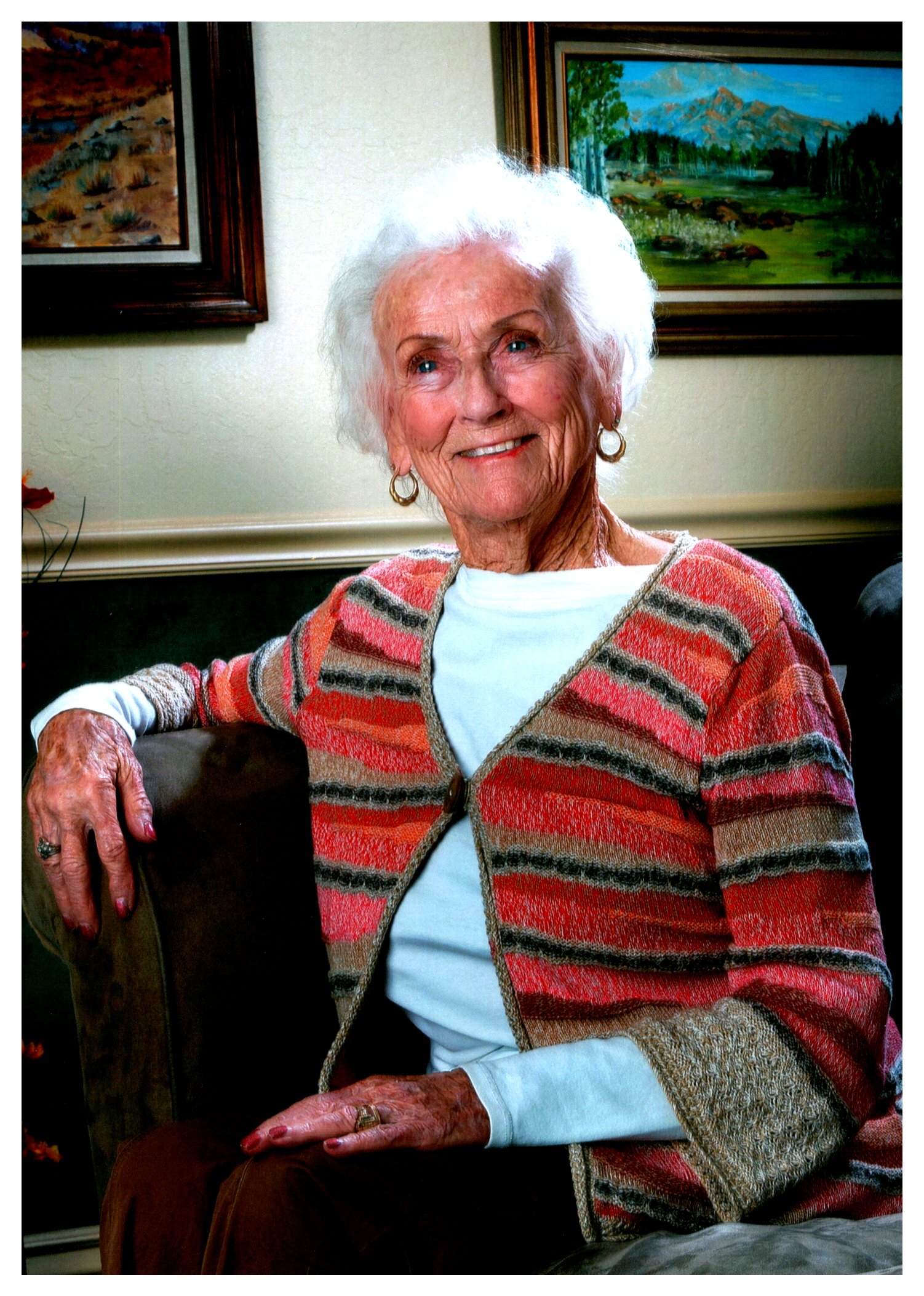 She was born Janet Mae Dickinson, in Grand Rapids, MN in 1925 to Florence and John Dickinson. She had two siblings; her older brother John and younger sister Nancy. She grew up surrounded by animals all her early life on the Indian School dairy farms her father managed. She had two pet lambs to raise that had been orphaned, and they followed her everywhere. She lived in South Dakota before landing in Albuquerque, NM at the Indian school with her family. She met her sweetheart Ralph at a malt shop in ABQ, where they all hung out… Ralph wouldn’t leave without a phone number. That courtship lasted through Ralph’s military service in the Navy, and they were married in Santa Fe when he returned.

They lived in Albuquerque until 1958 when they moved to Farmington, NM. There they started French Realty which was well established in the community for many wonderful years. Janet finished out her real-estate career with Mary Jo Walters Real Estate.

Janet was always a force in this community, being involved in many aspects of Farmington’s business, philanthropic and social fabric. She served on the Chamber of Commerce, and the Board of Child Haven which she loved and was named realtor of the year. She was always on the move.

The house that Ralph built for Janet on La Luz Trail was the place they loved best and where they lived for 38 years.

Janet and Ralph loved Lake Powell and had many fun adventures there with their longtime friends. They also travelled extensively including Europe. Her last memories always included her family, her real estate buddies, the houseboat crew, and the motorhome crew.

Janet finished out her last years at her friends Peggy and Rebecca Morgan’s beautiful namaste house. She danced and sang her way through those last years touching many lives. We expanded the family to include Jim, Shelley, and Erin, as they included us in their family as well. We are thankful to know and love them.

She is survived by her daughter Dawn Reinhardt, seven beloved grandchildren, ten great-grandchildren, and four great-great-grandchildren. Janet was preceded in death by her beloved Ralph and two daughters Linda and Marcy. Also, by her mother Florence and father John Dickinson, and siblings, John and Nancy.

She will be forever loved and remembered!

To order memorial trees or send flowers to the family in memory of Janet French, please visit our flower store.
Send a Sympathy Card