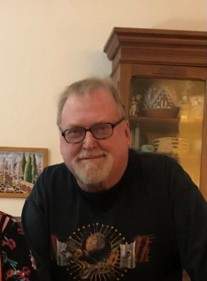 Jeffrey W. Shaffer, 72, longtime resident of New Mexico passed away on January 1, 2022. Loved by his wife and adored by his daughters, Jeff led a life dedicated to learning about all Native cultures around him. He married his high school sweetheart ,Vickie, who his father insisted was a "long haired hippie". He lead Shaffer's Mr. Tire in Gallup, New Mexico with the partnership of his brothers Gary, Scott and Randy, along with his sister Susan. His greatest gifts in life were his daughters, and he then graduated to his best role in life as grandfather. He also found some of his best friends in his son-in-laws. He is survived by his beautiful wife Vickie, his daughters Kristi, Allison, and Lindsay, his son-in-laws Orlando Chavez, Heath Aragon, and Ben LaForce. To carry on his passion for life and search for knowledge are his grandchildren Meagan Tixier, Marley and Lauren Chavez, and Julius and Amber Aragon. Jeff always lived his life by the mantra of Bob Marley, " Love the life you live, live the life you love".

The funeral service will be at 3:00 PM on Saturday January 8, 2022 at the Farmington Funeral Home, 2111 W. Apache Street, Farmington NM 87401. In lieu of flowers, memorial contributions may be made to the MD Anderson Cancer Center (mdanderson.org).

To order memorial trees or send flowers to the family in memory of Jeffery William Shaffer, please visit our flower store.