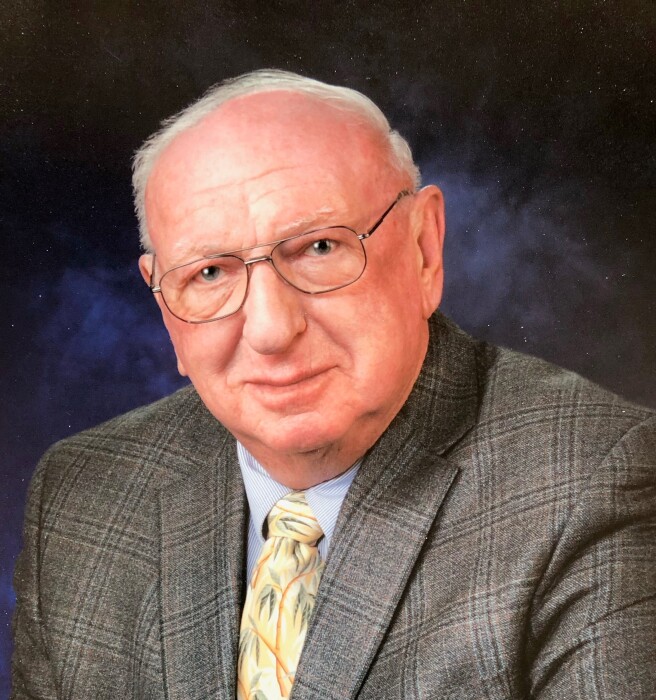 JERRY DON CLAYTON
On Saturday, January 16, 2021, Jerry Don Clayton, child of God, loving husband, and father of two children, passed away at age 82 from complications due to COVID-19.

Jerry was born on December 26, 1938 in Olney, Texas to Gilbert and Celia (Brumley) Clayton. In 1956, Jerry was selected to attend the United States Congressional Page High School in Washington, D.C. He graduated in 1957. Jerry continued his education at Colorado School of Mines and Midwestern State University in Wichita Falls, Texas.

In 1958, he met the love of his life, Phyllis Jane Dickens, and they were married on June 14, 1959 in Golden, Colorado. Jerry and Jane were inseparable and happily married for 62 years.

In 1962, Jerry quit school to start his own business. He opened his first Thriftway gasoline and service station in 1963 on Main Street in Farmington. Jerry worked the station himself along with his life-long friend and colleague Johnny Velasquez. Despite difficult economic times, Jerry worked hard to grow the business and eventually added stations in Shiprock, New Mexico thanks to the help and support of Navajo businessmen Harry Franklin and Virgil Kirk, Sr.

Jerry’s entrepreneurial spirit led him to many different business ventures over the years. In the 1970’s, he pioneered the convenience store concept on the Navajo Nation, converting several old trading posts to modern convenience stores, offering Navajo communities reliable access to goods and services. Jerry championed educational and employment opportunities for the Navajo people over the course of his life.

Over the next three decades, Jerry worked to expand his convenience store business to over 180 locations across seven different states. During that time, Jerry worked with hundreds of people, and he loved and cherished the relationships he built with his longtime employees, who he considered his extended family.

In his retirement years, Jerry continued to explore new business opportunities and had a never-ending desire to learn new things and make new acquaintances. His adventurous spirit led him to the Bahamas where he purchased the Hawksnest Resort & Marina on Cat Island. Hawksnest was a labor of love for Jerry and Jane. They developed a close bond with the Bahamian people and loved spending winters at the resort, inviting friends to join them and meeting travelers from all over the world.

Jerry was a voracious reader and almost always carried a book with him wherever he went. He loved to strike up a conversation with whoever he met in the course of a day, always hoping to learn something new as well as share his stories and jokes. Jerry will be deeply missed by his family and many friends. He will always be remembered for his quick wit, his infectious smile, and his generous and compassionate spirit.

Jerry was preceded in death by his father, Gilbert, his mother, Celia, and his sister, Lavada. He is survived by his wife Jane; his children Kathryn Parker (husband Charles Parker) and Nicol Moss (husband Robert Moss); his grandchildren Jennifer Morris (husband Kyle Morris), Allison Parker, Caroline Moss, and Andrew Moss; and his great-grandchild Henry James Morris.

Due to current restrictions on gatherings because of COVID-19, a graveside service at Greenlawn Cemetery will be conducted for immediate family members. A memorial service celebrating Jerry’s life will be scheduled at a later date when larger gatherings are permitted.

The family would like to offer their sincere gratitude and appreciation to Dr. Robert Burns, Dr. and Mrs. Ronald Calcote, Dr. and Mrs. Allen McCulloch, Dr. David Devitre, Dr. Joshua Turner, Rosemarie Mestas, Gay Herrington, and the entire staff of Farmington Family Practice and San Juan Regional Medical Center for their compassionate care of Jerry during his final days.

To order memorial trees or send flowers to the family in memory of Jerry Clayton, please visit our flower store.
Send a Sympathy Card