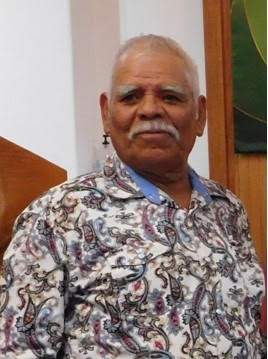 Jesus worked for Blue Mountain Meats in Monticello, Utah and San Juan Meats in Kirtland, NM for 20 years. His work as a butcher was his passion and after he retired, he would still visit San Juan Meats bright and early eager to help. Jesus also worked for his longtime friend David Adams of Monticello, Utah as a rancher and in pipeline construction for many years. Jesus was an avid dancer never passing up the opportunity to show off his dancing skills, most often staying until the last band member had left the venue. He enjoyed spending time with his friends, but his grandchildren were extremely close to his heart and brought him immense joy. Jesus was always willing to help anyone who needed it; he would literally give the shirt off his back to those in need. Even after death, as an organ donor, Jesus provided life and longevity to 10 people! He will be greatly missed by all those whose lives he touched with his smile and laughter.

Jesus is preceded in death by his two children - Natalio and Lucino Alba, his parents - Irineo Alba and Guadalupe Contreraz de Alba, his oldest brother - Narciso Alba, and his only sister - Cruz Alba.

A celebration of his life is scheduled for Saturday, June 13, 2020, beginning with a rosary at 10 AM, followed by Mass at St. Mary’s Catholic Church in Farmington, NM. Interment will be at Memory Gardens in Farmington, NM.

The Alba family would like to thank all the staff at San Juan Regional Medical Center for their kindness, compassion, and extreme lifesaving efforts.

To order memorial trees or send flowers to the family in memory of Jesus Alba- Contreras, please visit our flower store.