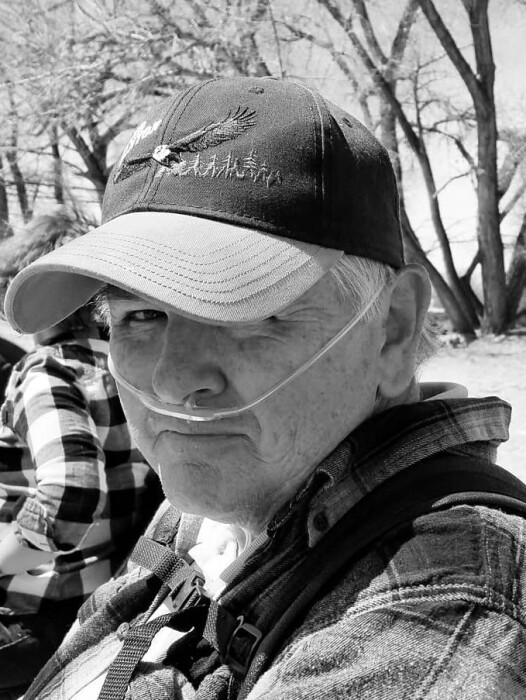 Jimmy Palmer passed away in Farmington, NM on July 17, 2020 where he was reunited with his beloved wife Kelly, who preceded him in death in 2003.

On May 13, 1956, Jimmy joined his parents, Richard “Jim” Palmer and Margie (Christensen) Palmer and his older brother, John Rhudy. Following his graduation from Kirtland Central High School, Jimmy traveled to Southern California to study his passion of photography. Jimmy loved photography but it was his true love, Kelly Williams, who prompted his return to Kirtland where he and Kelly were married in July of 1977. He opened his own photography studio and a few years later their family was complete when their only child, Loraine, was born. In the early years of family life, Jimmy grew his studio and worked as a staff photographer for the Daily Times. In order to provide more stability for his family, Jimmy started working for the Central Consolidated School district, where he worked for nearly 20 years. During his life, Jimmy loved camping, hunting, woodworking, and raising several pets whom he considered family.

Jimmy suffered many health issues throughout his life, including being diagnosed with type 1 Diabetes as a child. Despite the physical limitations that he may have had, Jimmy’s tenderness and love were felt by all around him, most especially his family. In the final years of Jimmy’s life, he found purpose in helping his siblings to maintain the family farm after his father’s passing in 2006 and his brother Scott’s passing in 2017.

Jimmy loved his family and he loved Kirtland. Soon after the birth of Loraine he moved his family back into his childhood home, where he lived until his death. Jimmy may have been quiet until you got to know him, but his love and care spoke volumes to everyone around him.

Jimmy’s ashes will be interred at St. John’s Episcopal Church in Farmington, NM next to his wife, Kelly. A private family memorial will be held at a later date. The family asks that in lieu of flowers, a donation can be made to either the Susan G. Komen For the Cure or the Juvenile Diabetes Research Foundation.

To order memorial trees or send flowers to the family in memory of Jimmy Palmer, please visit our flower store.