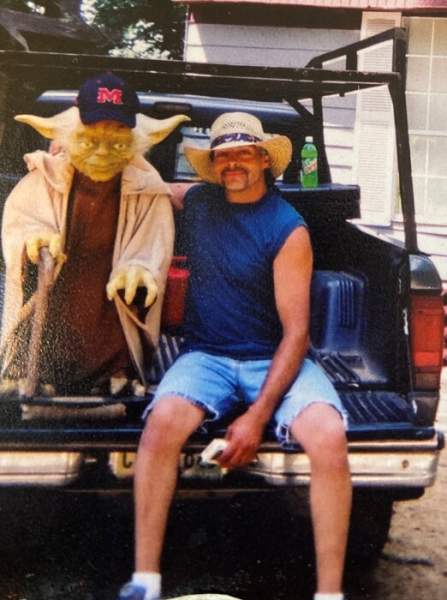 Our Dad, brother, grandpa, uncle and friend. Jose (Danny) Danel Maestas-Aranda went to be with our Lord and Savior on November 8, 2020. Danny was born in Farmington NM on December 3, 1957 to the late Asencion Erlinda Aranda and Jose Owens Maestas. He is now united with his late wife who he missed dearly every day of his life, Joni Maestas. Later on in life he was married to Shannon Sanchez and they remained very good friends when their paths went separate ways.

Our Dad was a hard working man. He started his career in the Oil Field and eventually became a Flooring Contractor. He Worked with Don Looney with Action Carpets and never had anything but nice things to say about Don. He did the flooring for ZZ Top while living in Houston in the late 1980's which he was really proud of. Some of the best years of his working life he worked on a ranch owned by John and Betty Shawcroft in Alamosa, CO. He adored working for them and had the greatest respect for both of them. Dad Also enjoyed fishing, watching football, barbecuing, and classic cars. He also loved telling stories about his adventures and he had plenty. His laugh was contagious and his bear hugs when you were down will be greatly missed. Dad was a free spirit and lived his life that way. He had a heart of gold and would give you the shirt off his back. We will miss you greatly pops..until we meet again.

“Even though  I walk through the valley of the shadow of death, I will fear no evil, for you are with me; your rod and  your staff, they comfort me”.   Psalms 23:4

He is survived by his Sister Mary Evilsizer and Brother Raymond (Pauline) Aranda. His children Natalie (Shannon) Compton, Daniel (Eve) Maestas, Derek Maestas and Nicole Maestas. Step Children he had the great opportunity and grace to be in their lives for sometime, Natalia (Stephon) Lobato, David Sanchez (Shelly Fraterelli)

To order memorial trees or send flowers to the family in memory of Jose Aranda, please visit our flower store.