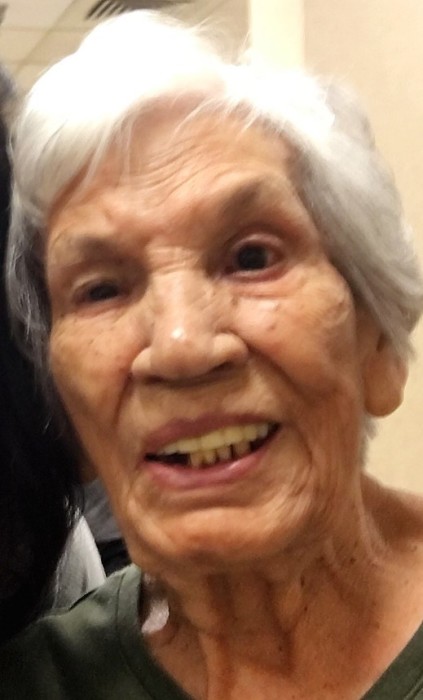 
Josephine (Martinez) Soto, 88 passed away peacefully on December 28, 2019 at home with loved ones in Aztec, New Mexico.
Josie was born on June 28, 1931 to Joe B. Martinez and Juanita (Saavedra) Martinez in Williams Arizona.  Her father worked for the Santa Fe Railroad and her mother was a housewife.  They lived in Ashfork, Arizona in her younger years and then moved back to Williams Arizona.
On February 21, 1950, she married Tony T. Soto.  Josie worked odds and end jobs to supplement the family's income while also raising her 7 children.  Her hobbies were crocheting, crafting, word puzzles and later in years just puzzles.  She always kept her hands and mind busy.
After multiple moves in Arizona they settled in Grand Canyon National Park, Arizona where she worked 16 years as Custodian/Maintenance person for the Albright Training Center for Park Service Rangers.  Josie retired in 1996 and with her husband moved to Aztec, New Mexico.  Tony and Josie were married 69 years surrounded with lots of grandchildren, great grandchildren, great great grandchildren and friends that became family.
Services will be held in Williams, Arizona, date pending

To order memorial trees or send flowers to the family in memory of Josephine Soto, please visit our flower store.
Send a Sympathy Card