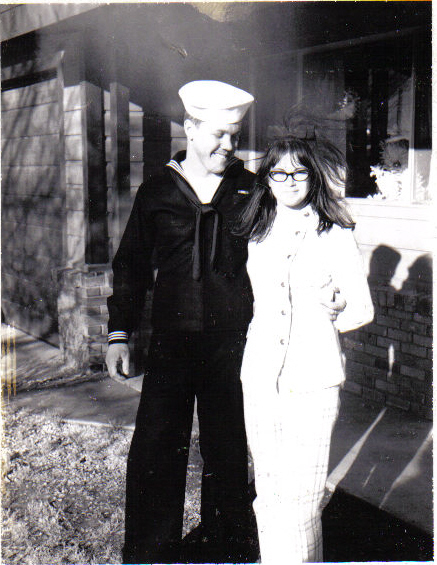 Judith (Judi) A. Kenner Watson forever changed the lives of her family on August 14, 2021 when she took her last breath. At the age of 71, she touched many lives starting with the day she was born. Judi was born on October 1, 1949, in Louisville, Ky to Roger and Ruth Kenner who have preceded her in death. She has 3 surviving siblings, a brother Larry, and his wife Debbie Kenner, 2 sisters Michele Kenner and Terri Tackett.

Judi graduated from Valley High in Albuquerque, NM, where she often told stories about being a Vikette. While at Valley she met her lifelong friend, Jackie Smith. They remained the bestest of friends until the very end.  Jackie and her family will always hold a special place in our hearts.

In 1968, Judi married her lifelong sweetheart, Emery “Chigger” Watson, in Albuquerque, NM. They celebrated their 53 Anniversary just 4 days prior to her death. During those 53 years they had 3 children. A daughter, Sherri Watson, who has 2 children, Chase Scott and Sierra Scott Steele.  Two sons, Clay Watson, who has 2 daughters, Abby and Kailah Watson; and Emery Watson who is married to Barbra Watson and has 1 daughter Zoe Watson. Sierra Scott married Curtis Steele and then made them Great Grandparents by having 2 children; a son Gerald Steele, and a daughter Galadriel Steele, who preceded her Great Grandmother in death earlier this year. Making a total of 3 kids, 5 grandkids and 2 great grandkids.

After the wedding, Judi and Chigger moved multiple times while in the Navy until they finally settled in Texas. They lived in Odessa, Tx for 13 years where Judi raised kids and enjoyed activities like bowling and gardening. The kids practically grew up in the bowling alley and Judi made many friends there. She enjoyed her time in Texas and often talked about the time spent there.

In 1988 they moved to Bloomfield, NM. The kids all graduated from Bloomfield High School and Judi created a home that her kids, grandkids, and great grandkids would call “Granny’s House”.  A home where birthdays, graduations, weddings, baby showers, homecomings and family dinners all took place. Where conflicts were resolved sitting at the kitchen table. A home where Judi would, with her coffee and something sweet to eat, listen to anyone who needed an ear. Sometimes offering advice and other times keeping quiet, even when she clearly wanted to say something. A place her children went to unload the burdens of the world. A home where grandkids went to binge watch movies and get away to relax. A home full of love.

The home Judi built is currently filled with grief and sorrow as we mourn the loss of the wife, mother, grandmother, aunt and sister we loved. We know that eventually happier times will return, the memories of the love she provided will overcome the unbearable weight of losing her.  We will carry Judi in our hearts and memories and pass her on to the next generation by telling her stories. Her family invites you to come celebrate her life and to share your stories and memories at a memorial service on September 11, 2021 @ 1:00pm at Farmington Funeral Home. See details below.

To order memorial trees or send flowers to the family in memory of Judith Watson, please visit our flower store.
Send a Sympathy Card