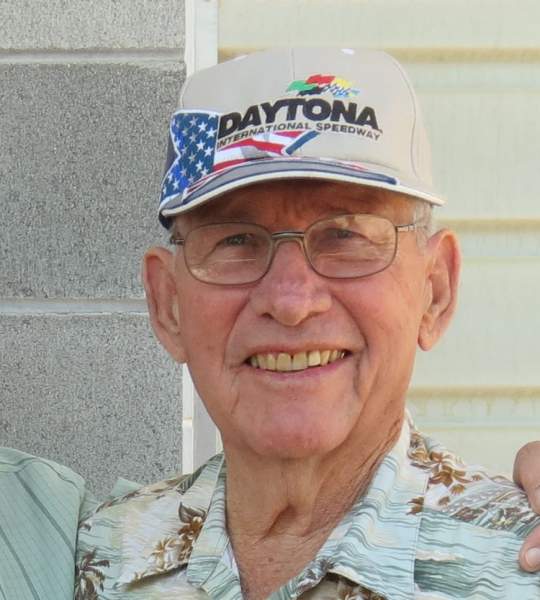 Kenneth L. Wimpy, 91 of Aztec, New Mexico was called home, surrounded by his family, on August 6, 2022. Ken was born in a rural farm house in Beckham County, close to Elk City, Oklahoma on April 10, 1931. Raised on a cotton farm in Oklahoma, he was the second of five boys born to Bill and Pauline Wimpy. Ken graduated from Canute High School in 1949. He left Oklahoma and moved to New Mexico in 1956 where he peddled bread, worked at a dairy and was an inventory manager at Heinz. It was during this time, he met the love of his life, Pat and they were married December 19, 1959. He landed his first job selling cars shortly after and was hooked when he sold six cars on his first day! They came to Farmington in 1963 and made Aztec their lifelong home in 1969. They owned and operated Wimpy Chevrolet from 1969 to 1977, where they met and developed many lifelong friendships. In 1987 they jumped back into the car business for 10 years birthing Hi Country Chevrolet and branding the name, "Money Savin' Bridge". After another 10 years the farm was calling and he retired from the car business once and for all. Farm life made him so happy, as he loved the outdoors and the smell of dirt. He irrigated and took care of a 20 acre farm with his wife Pat until his failing eyesight kept him off the tractor. Ken surrendered his life to Jesus on August 6, 1961 at Temple Baptist Church in Albuquerque and God placed a love for sharing the Gospel with others and Missions in his heart. He was a founding member of the Four Corners Passion Play Board of Directors, and supported and prayed for local and foreign mission work his entire Christian life. This man worked hard, lived hard, loved hard. He loved with everything that he had. He displayed a great work ethic to all who knew him. His handshake was his word. He was a mentor to anyone who was serious about learning. He was preceded in death by his wife Pat, his brothers, Bill, Lin and Chuck and daughter Linda. Ken is survived by his children, Kenny and Carolyn Ayers, Zane and Janelle Leslie, Terry and Michelle Kennedy, and David and Debra Nichols. He is survived by his brother and sisters, Edward & Cathy, Shirley, Doris, and Betty. He is also survived by his grandchildren, Danielle and Kyle Nelson, Alex and Stephanie Kennedy, Sydney and John Grice, Kayce Nichols, ZG and Tammy Leslie, JB Leslie, Jacob and Danie Nichols, Kyle and Diana Nichols, Kenton and Lily Ayers, Corey and Lori Ayers, JR and Sarah Wright, and Tammy Wright. He is also survived by 17 great grandchildren and his "adopted" kids, Dan and Angie Peter and Etsitty and Michelle Murphy and granddaughters Sierrah and Aspen. Ken was a Gideon and supporter of Gideon's International. In lieu of flowers please support them, and bibles will be distributed in memory of him. He was a member of First Baptist Church of Aztec where a celebration of his life will take place on Monday, August 15, 2022 at 10:00 am with burial to follow at Aztec Cemetery. The service will be live streamed at www.firstaztec.org.

To order memorial trees or send flowers to the family in memory of Kenneth Lee Wimpy, please visit our flower store.