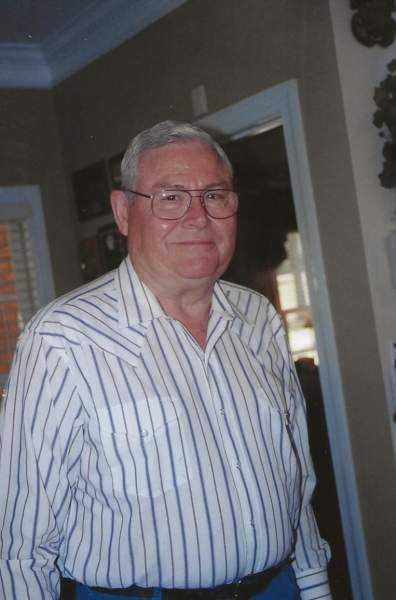 Larry W. Johnson passed from this life October 17, 2021 in Farmington, NM. He was born to Wayne L. Johnson and Maxine A. Kiddoo Johnson on September 2, 1935 in Goessel, Kansas. He grew up in farm country and met his high school sweetheart, Peggy A. Johnson, who would become his wife on 10/23/55.  He enlisted in the Navy 2/14/55, starting as a seaman recruit and advancing to Commander in the Medical Service Corp, serving in many stateside and foreign locations.  After 25 years of service, retirement called and he came to spend his remaining years based in Farmington, NM. He and Peggy traveled extensively by RV, traversing the country from Alaska to New York and areas in between. At home, he greatly enjoyed acquiring antique machinery and tinkering on tractors, participating in tractor pulls and parades.
Larry was preceded in death by his parents. He is survived by the love of his life, Peggy Johnson, brother Howard and wife Carolyn Johnson, and sister Joan Cox, along with numerous nieces, nephews, great and great-great nieces and nephews.
Larry will be interred at Sante Fe National Cemetary in Sante Fe, NM, on November 19, 2021 at 1030 a.m. In lieu of flowers, donations can be made to the charity of your choice.

To order memorial trees or send flowers to the family in memory of Larry Johnson, please visit our flower store.