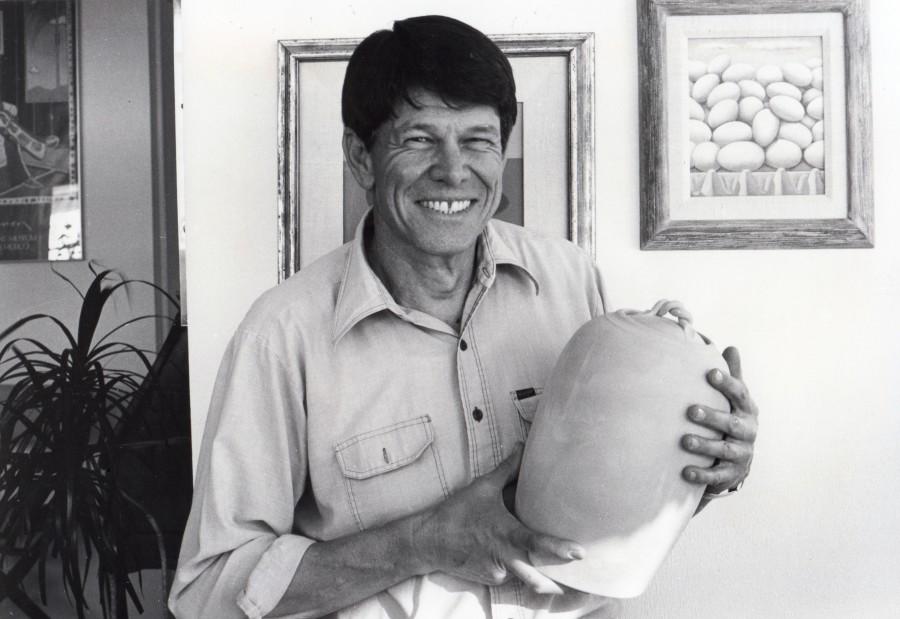 Leon Arledge, accomplished Farmington artist, died February 15, 2020, at the age of 87. Born in Hennessey, OK, to Harry and Merle Arledge, Leon expressed an interest in creating early on. At age nine, he made a wooden smoking stand for his grandfather and while attending high school in Riverside, CA, he took 2nd place in a regional model aircraft meet. After graduation, he studied Civil Engineering, Mathematics, and Mechanical Engineering in Riverside and then at Texas Tech in Lubbock before and after serving in the United States Army — Active Duty 1954-1956 and Inactive Duty 1956-1962. While working at his parents’ department store in Lovington, NM, he met Jane Ann Lawlis and they were married in 1961, the same year his tenure with the Bureau of Reclamation began.

Soon after, his artistic interests and expressions broadened to a number of different media. In 1963, Jane and Leon moved to Farmington and the couple next door, the Taylors, were wood carvers. Before long, so was Leon. A life-long learner, he studied the arts. Woodcraft. Cloisonne. Jewelry. Painting. And most notably, pottery.

Leon worked for the Bureau of Reclamation as a Civil Engineering Technician for 30 years, primarily working on the Navajo Indian Irrigation Project. After retiring, he took classes at San Juan College and devoted more time to creating pottery.  He entered multiple pieces in juried exhibitions and won many awards locally and in Albuquerque and Santa Fe.

His creative expression extended to the outdoor space around their home; a talented landscaper and gardener, he appreciated and enhanced the beauty of everything around him. He and Jane enjoyed traveling to many beautiful places.

To order memorial trees or send flowers to the family in memory of Leon Arledge, please visit our flower store.
Send a Sympathy Card