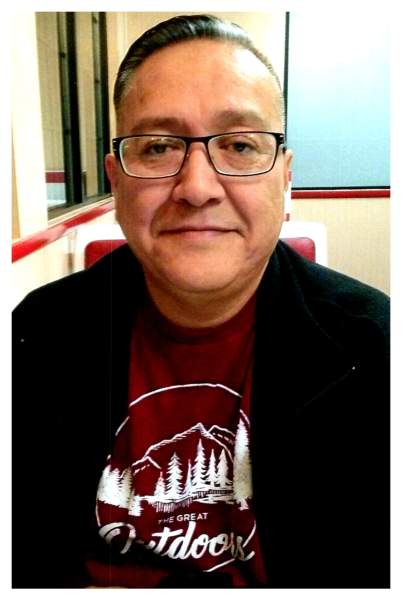 Leonard George was called home to his heavenly father on May 8, 2020. He was born in Shiprock, NM on July 3, 1969 to the late Jimmy George of Sweetwater, AZ and to Louise Willie of Nenahnezad, NM.

He is survived by his loving wife of 29 years, Sharon George, two sons Stephen George (Ashley) and Shaiden George. He had four grandkids Loren, Lorena, Steffani and Shayla.

Leonard graduated from Kirtland High School and went to college in Utah. He had worked for BLM office in Farmington, NM for 10 years.

His hobbies included beading, painting, traveling, cooking, going to Pow-Wows and most of all making his family laugh.

He will be missed dearly.

To order memorial trees or send flowers to the family in memory of Leonard George, please visit our flower store.