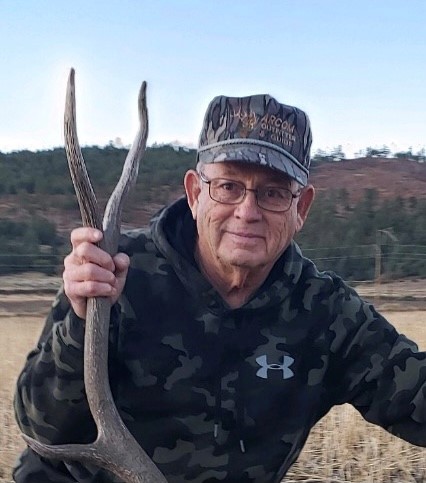 Leonard was a loving husband to Jo Ann, and father of two daughters whom he adored. He is preceded in death by his parents Lloyd Sr. and Rose Mascarenas. He is survived by: his wife of 47 years JoAnn, daughters Amy Evans (Rusty) and Erin Mascarenas, brother Lloyd Mascarenas (Carolyn), sister Isabel Soderstrom (John), and grandsons Ryan & Andrew Evans, and Anthony, Jordan, & Champ Richardson.
Leonard was born and raised in Farmington, NM. He attended Farmington schools where he excelled in football, wrestling, and track. Leonard still holds the school record for the 440 relay. Inspired by many exceptional coaches, he chose a career in coaching. After graduating from ENMU, he accepted his first teaching position at Mesa Alta, where he advocated and started the San Juan Basin Jr High Wrestling League. He also taught/coached at Bloomfield High School, Heights Jr High, and Tibbetts Middle School. Throughout his 38 year career he touched and inspired the lives of countless 'dirtbags' and 'doorknobs'.Leonard loved to hunt and fish. He especially cherished the the time he spent with his brother Lloyd and his good friend Art Martinez. When he wasn't out at quality waters, he was watching his grandsons play their many sports. Never turning down a chance to sit in the bleachers all day to watch them wrestle.
Memorial services will be at 1:30pm on Monday, July 5th at Sagebrush Church in Farmington, NM.
Honorary pallbearers: Ryan Evans, Kimo Leleiwi, Anthony Richardson, Andrew Evans, Jordan Richardson, and Champ Richardson.
In Lieu of flowers donations may be made to Farmington Youth Wrestling.
FYW: In memory of Coach Mascarenas 4024 Windsor Dr Farmington, NM 87402.

To order memorial trees or send flowers to the family in memory of Leonard Mascarenas, please visit our flower store.
Send a Sympathy Card