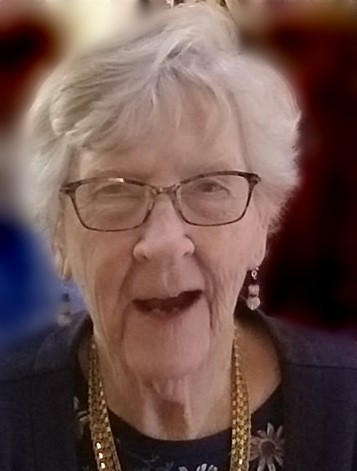 Margaret Anne Briggs Metheny passed away at Namaste House Assisted Living in Farmington, NM. Many thanks are owed to the people of Namaste House for their always loving care of Margaret.

Margaret was born in Charleston, IL. on August 23, 1934, the youngest of eight children born to George A. Briggs and Edna Smith Briggs. Margaret attended Eastern Illinois University where she earned her teaching degree in music and taught in the school system there.

She and Loyd Moore Metheny Jr. were married in 1959 in Leavenworth, KS. That's when the adventures together began. They moved to Florida where she continued to teach, and Loyd continued his career as a railroad engineer. Loyd's career took them to the Panama Canal Zone for many years. Margaret was very good with languages and enjoyed being in Panama and really getting to know the people.

When Loyd retired, he and Margaret moved to the woods of north Georgia. Margaret designed the home that they built together. Then they started traveling. First in a VW bus and finally in Class A Motorhomes. Margaret always did the driving. She liked to drive and was good at it. Loyd was happy to let her. Before long they sold the Georgia property and lived full time in their RV (of which there were Many).

Margaret leaves a sister Ruth Bunch of Charleston, IL and a brother Max Briggs of Lombard, IL. plus, numerous nieces and nephews.

In lieu of flowers please consider donating to Habitat for Humanity.

To order memorial trees or send flowers to the family in memory of Margaret Anne Metheny, please visit our flower store.
Send a Sympathy Card