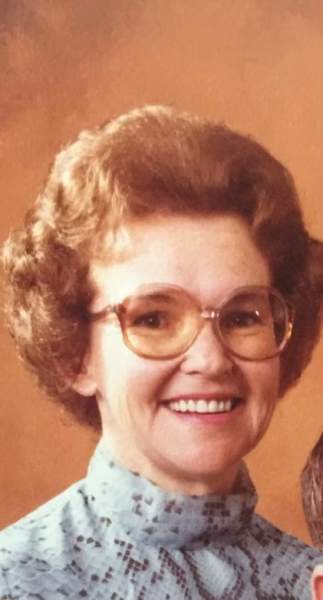 Our beautiful wife, mother, and grandmother went to be with the Lord on Monday, May 30, 2022. Marilu Waybourn, 90, was born in Farmington, New Mexico, to Ruth and Ray Marshall on December 19, 1931, during the "winter of the big snow." Her parents came to Farmington in 1928 from Colorado and stayed to share in the growth of Farmington.

After graduating from Farmington High School in 1949, Marilu attended Stephens College in Columbia, Missouri, where she earned an Associate Degree in Radio Communication. Stephens College is the second-oldest women's educational establishment that is still a woman's college today. Upon returning to Farmington, Marilu went to work for Farmington's first radio station, KVBC, as program director, and later became the first female broadcaster at KENN radio station.

Marilu's interest in history was cultivated by long-time history teacher and family friend Mary Jane Masters and continued to develop during her fourteen years at the Farmington Daily Times, several of those years as publications liaison, and twelve years as a writer-editor and computer specialist for the Bureau of Land Management.

Marilu authored and co-authored several books about San Juan County, many under the auspices of the San Juan County Historical Society. She was a driving force and active member in the historical society since its inception in 1988. Her love of people and concern for the preservation of history shows in all of her books.

Her passion, her knowledge, and her writings earned her the inevitable title of being San Juan County's Doyenne of Local History. We have lost a national treasure.

In 1952 she married Jim Waybourn and together they raised their three children. She is survived by her loving husband, Jim Waybourn; daughter, Connie (Steve) Pruitt; sons, Don (Ann) Waybourn, and Mike Waybourn; grandchildren; great-grandchildren; and nieces and nephews who fondly called her Aunt Lu. She was preceded in death by her parents, sisters Ann Marshall and Marie Foutz, and her grandson Tyrell Waybourn. She will be greatly missed.

A private family memorial will take place followed at a later date by a public Celebration of Life.

Marilu Waybourn is in the care of Farmington Funeral Home.

To order memorial trees or send flowers to the family in memory of Marilu Waybourn, please visit our flower store.