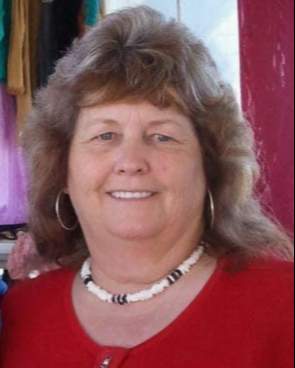 Our beloved Wife, Mother, Grandmother, and Great Grandmother was called home by her Heavenly Father on Oct 8, 2022

Marilyn Faye Stock was born in San Jose California on January 31, 1959, to Ray and Myrna Frame. Her family lived in San Jose until around 1966 and then they moved to Red Bluff California, where they lived until Marilyn’s early teen years. In 1973 the family packed up and moved to Aztec, NM, her father’s hometown town. Marilyn finished Junior High and High School in Aztec.

In November of 1990 Marilyn was introduced to Edwin Stock by a mutual friend and they fell instantly in love with each other. They had a quick courtship and were married on August 7, 1991, and became a happy family of three.

Marilyn and Ed both loved dogs and soon began raising and showing Collies.

They spent their early years traveling all over the country with their dogs chasing dog shows, meeting and making many lifelong friends along the way.

As Grandkids started arriving, they slowly got out of the dog business to be able to travel more often to see and be with their kids.

Marilyn and Ed loved going to NASCAR Races and traveling the world, going on Cruises and flying overseas, and they had many new adventures planned.

As Great Grandkids started coming along and their daughter and some of their Grandkids moved back to the Farmington area they focused more of their time at home.

Their greatest joy was being surrounded by their kids, gathering as many as possible together on the weekends at Grandma’s house and Grandpa cooking up big dinners and giving rides on the tractor and 4-wheeler, and taking them all on vacation with them.

Funeral arrangements are under the direction of Farmington Funeral Home.

A Family viewing will be on Saturday, October 15 at 10:00am followed by Funeral Services at 10:30am at the LDS Stake Center at Road 6523 Kirtland, NM. Internment will follow at Kirtland Cemetery.

To order memorial trees or send flowers to the family in memory of Marilyn Faye Stock, please visit our flower store.