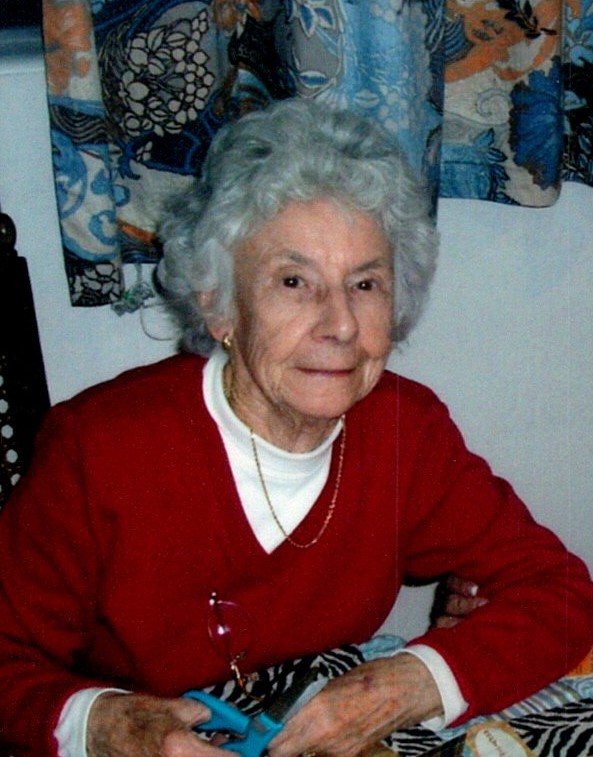 Marjorie was born February 21, 1924 in Swansea, South Wales, Great Brittan. She had a happy childhood in Waunarlwydd, a village close to Swansea with her brother David, and sister Nancy. Her father, John Powell, served in World War 1 and was a carpenter and a carpentry teacher. Her mother, Edith Mary Powell (Hay) took very good care of them and several relatives in their home in Waunarlwydd. David became a school teacher and principal in Gowerton, a neighboring village, and Nancy became a school teacher in Salisbury, England. Marjorie was also a school teacher ,and taught in Essex and Stoke on Trent, England. She later taught at Sacred Heart School, Farmington, New Mexico USA from 1978 to1985, and Mesa Verde Elementary School in Farmington New Mexico USA from 1985 to 1991.

Marjorie met Merle (Smitty) Smith when he was stationed in England and Wales, serving in the United States Army during World War 2. They kept in touch by letter, and were married September 19, 1945 in Waunarlwydd. They moved to Merle’s home town of Durango, Colorado and spent many happy years before moving to Farmington New Mexico in 1950. Merle worked many years as shop foreman at Smoak (now Webb) Chevrolet, and also at State Electric (now Consolidated Electrical Distributers) in Farmington.

Marjorie had three sons, Michael – born 1950, but did not survive, Mark - born 1955, and Christopher- born 1964. Marjorie was very artistic and painted many still life paintings and a painting of Saint John’s Episcopal Church in Farmington that is still used for Church greeting cards. One of her paintings won a blue ribbon at the San Juan County fair. She continued to paint, and after retirement enjoyed swimming at Loins pool, Farmington, and walks in Farmington and around Animas Valley Mall. Marjorie was a member of the Church of England, and the Episcopal Church in Durango and Farmington. She served as an assistant accountant for the Farmington Episcopal Church and took care of founding priest Father Smith in his declining years.

Marjorie left this life on Sunday, November 17, 2019. She will be greatly missed by her two sons, Mark and Christopher, and her nieces and nephews in the US and Great Brittan. A memorial service will take place December 14 (Saturday) at 1:00pm at St.John’s Episcopal Church on Orchard street in Farmington, New Mexico.

To order memorial trees or send flowers to the family in memory of Marjorie Smith, please visit our flower store.
Send a Sympathy Card