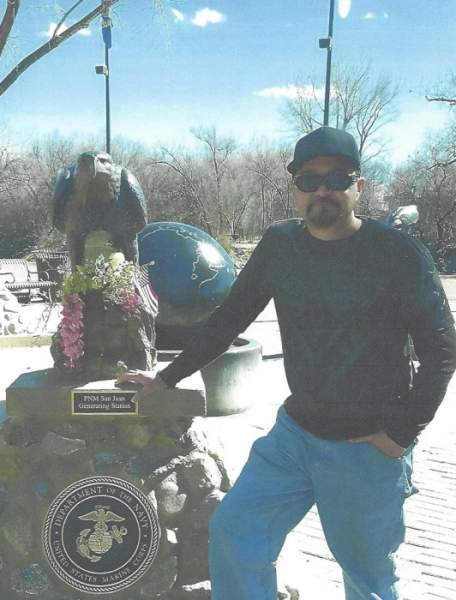 Mark was a veteran of the United States Navy and bravely served in Desert Storm, receiving multiple medals and being honorably discharged. During his deployment he was able to travel all over the world.

Mark was a proud dad, son, papa, brother and friend. He was preceded in death by both sets of grandparents, Alfredo and Francisca Hinojos, and Yrene and Maria Medrano. He is survived by his parents Efrain and Elia Hinojos, sisters Denise (Robert) Gonzales, Vanessa (Gabe) Salazar, children Mark Hinojos, Kandra (Derek) Estes, a bonus daughter Kristen Noakowski who he loved as his own, his grandchildren Alicia, Liliana, Angelique, Andrew, Nieveo, Alexander, Layla and Matthew, and many uncles, aunts, cousins, nephews and nieces, who all loved him very much.

Mark was the type of man who would give you the shirt off his back, never expecting anything in return. He never had a bad thing to say about anyone. He was also a loyal Dallas Cowboys fan, but his family never held that against him. Mark will never be forgotten, as the memories he has left us will forever be in our hearts. A service will take place at St. Mary’s Catholic Church in Farmington Thursday, July 22nd with the Rosary beginning at 10:30 and Mass at 11:00. A burial at the Santa Fe National Cemetery will be at a later date.

To order memorial trees or send flowers to the family in memory of Mark Hinojos, please visit our flower store.