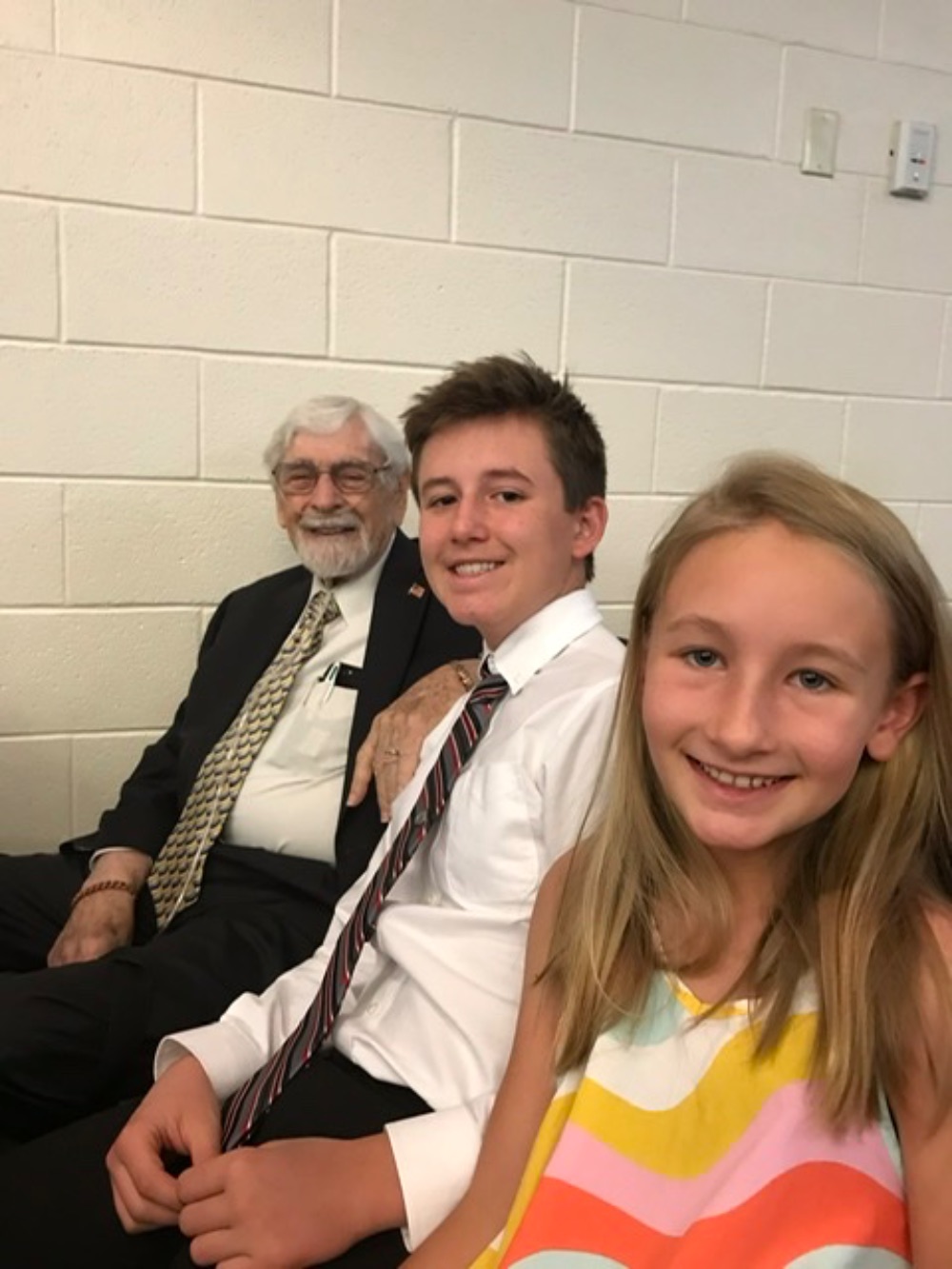 The Church of Jesus Christ of Latter-Day Saints - Farmington (Apache)

Farmington - Marlo L. Webb passed away on Thursday, April 7, 2022, surrounded by family. Marlo was born in Miami, Arizona on November 21, 1924, to Max Roy Webb and Glenna Leona Layton. Marlo's father passed away when Marlo was 5. In 1936 at the age of 11, Marlo moved with his mother and sister Maxine to Farmington, NM when his mother married Perry M. Smoak. That is when Marlo started his working career at Perry Smoak Chevrolet Co. that has grown into a 4th generation dealership. Marlo graduated from Farmington High School in 1940, at the age of 16 as the Salutatorian of his class.

Marlo elected not to accept an appointment to the U.S. Naval Academy to join the first NROTC Program at the University of New Mexico. This was motivated by the love of his life, Louise McClure Lea, who had moved from Farmington to Albuquerque.

Marlo had just turned 19, and on February 26, 1944, was commissioned an officer in the United States Navy. He was married later that afternoon. 8 days later he left to serve as the Combat Control Officer on the destroyer the USS Haley. He served in some of the fiercest Western and Southern Pacific battles during World War II. He left active duty while training as a Naval Aviator. He received an honorable discharge as a Lieutenant in the Naval Reserve.

After the war, Marlo and Louise returned to Farmington to start their family. Their marriage was later solemnized in the Mesa Arizona Temple of the Church of Jesus Christ of Latter-day Saints. It was his great privilege to serve in his church and his community.

He was awarded the Silver Beaver for his service with the Boy Scouts of America, the Rotary International Paul Harris award for service, Time Magazine National Quality Dealer Award, and Citizen of the Year for Farmington in 1975. Marlo valued his membership in the Masonic and Shrine orders.

Marlo was a devoted member of the Church of Jesus Christ of Latter-day Saints where he served in numerous teaching and leadership positions. He is a Former Stake President, Branch President, member of the Stake High Council, Director of the Farmington Cannery and Bishop's Storehouse, Temple Ordinance worker, and teacher in numerous church organizations.

In Lieu of flowers, memorial contributions may be made to the San Juan Medical Foundation, P.O. Box 110, Farmington, NM 87499.

To order memorial trees or send flowers to the family in memory of Marlo L Webb, please visit our flower store.
Send a Sympathy Card

The Church of Jesus Christ of Latter-Day Saints - Farmington (Apache)