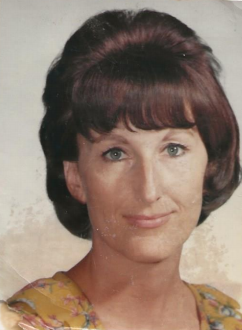 Mary Lou Breckenridge (Foutz) age 90 of Kirtland, New Mexico stepped into eternity on August 17th.  She had been with family and fell asleep holding her sweetheart's hand.

Mary Lou was born in Farmington, New Mexico, April 1, 1931.   She graduated from Kirtland Central High School and went on to college to become a teacher for the next 30+ years. She was a devout lifelong member of the Church of Jesus Christ of Latter Day Saints. After retiring from school teaching she cared for her mother in her home.  She and her husband Robert Breckenridge served a mission to New Zealand.  She loved her rose garden, writing, directing and starring in plays.  She was always serving others and didn’t know a stranger.

Services will be held at the Kirtland Church of Jesus Christ of Latter Day Saints on 6100, Saturday, August 21st at 11 am.   It will be a closed casket.  Visitors may stop by the home .  She will be laid to rest in the Kirtland/Fruitland Cemetery immediately following the services.

To order memorial trees or send flowers to the family in memory of Mary Breckenridge, please visit our flower store.
Send a Sympathy Card