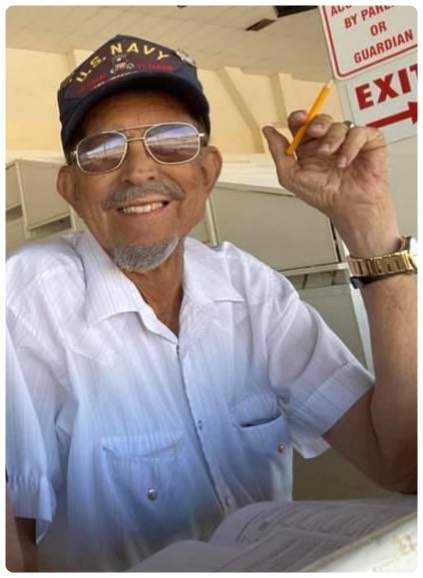 Mike was born in Milwaukee, WI to William "Bill" and Ruth (nee Erdman). He honorably served in the United States Navy from April 1969 until January 1973. While serving his country he married Dolores "Dee" (nee Iraci) on May 1, 1971 in Milwaukee, WI. Mike and Dee were blessed to have recently celebrated their 50th wedding anniversary.

Mike enjoyed scouting, camping, fishing and traveling the world with his wife and family and thought FlexSeal was the greatest invention of the century. He felt happiest when he was helping others, which he did through volunteering with his church, Military Organizations and wherever he was called. Mike was a loving husband, father and grandfather (Papa), and his joy came while spending time with his 9 grandchildren.

Mike is survived by his wife Dee, Son Jerad and his wife Lisa, Daughter Sarah and her husband Daniel Hirsch and his 9 grandchildren. His parents and 2 brothers proceeded him in death.

Memorial Service will be held at Zion Evangelical Lutheran Church, 7455 Foothills Dr., Farmington, NM on Thursday, July 15th at 1:00 pm with fellowship to follow the service.

A Celebration of Life Memorial will be held at Willowbrook Park, 774 E. Sumner St, Hartford, WI on Saturday, August 7th at 1:00 pm for family and friends.

In lieu of flowers, the family would ask that a charitable donation be made in Mike's honor to an organization of choice for cancer research, or Support for Military Veterans.

To order memorial trees or send flowers to the family in memory of Michael Flemming, please visit our flower store.