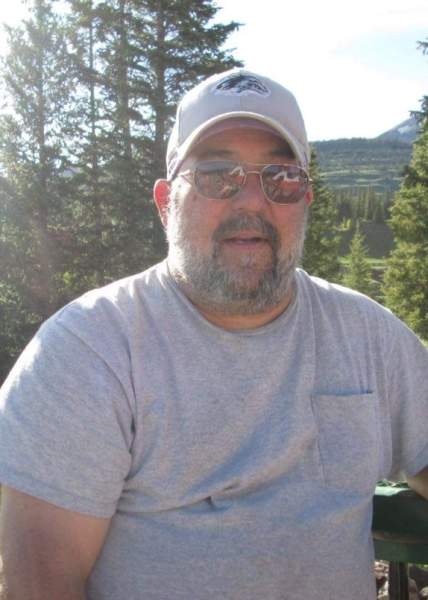 Michael "Big Mike" Kahokuolani, 60, of Bloomfield, NM, peacefully passed away on June 30th surrounded by loved ones, after a difficult battle with renal disease.

Big Mike was born on June 13th, 1962 to Junius and Olivia Kahokuolani, in Detroit, Michigan. Mike was one of eight children born to his parents.

Mike spent his younger years "playing outside, like a normal kid" in his birth city. He enjoyed telling the stories of playing unorganized baseball with the neighborhood kids until the sun started to go down, which meant it was time to get home to avoid getting in trouble.

After graduation from Harry S. Truman high school, Michael joined the US Marine Corps for which he served 6 years. He spent most of his life working in the construction trade and eventually got his General Contractors license.

Big Mike married his first and only wife, Irene Cundiff Kahokuolani, on June 19th, 2004. At that time, he fully took on his role of being a devoted husband, father to Irene's children, grandfather of five, and most recently a great grandfather.

Michael's children and grandchildren were the apples of his eye. He was a fierce cheerleader and confidant to his son Sterling Williams, as he embarked on his medical school journey. He spent countless hours with his grandkids. He taught them about building things and using tools, took them on fishing and camping trips and Isotopes games. He also enjoyed watching his grandkids play the sports they loved. As a family, we are grateful that Big Mike came along and was the father and grandfather that we needed.

Mike was a free spirit, who took pride in being different. He painted his nails, dyed his tee shirts, and even put a mustard yellow bed liner in his red truck. He enjoyed the outdoors and spending time with people. He was a man that had some bark to him, but the people who knew him best never worried because we knew that there was absolutely no bite to follow. Mike had a heart of pure gold and was a teddy bear on the inside.

Michael was preceded in death by his parents; Junius and Olivia Kahokuolani, Sister; Lisa Copley, and Granddaughter; Sidney Williams.

A memorial service will be held on August 6th, 2022 at Bloomfield Multicultural Center at 2:00pm. Please wear your Hawaiian shirts or bright colored casual clothing to honor Big Mike.

To order memorial trees or send flowers to the family in memory of Michael Kahokuolani, please visit our flower store.