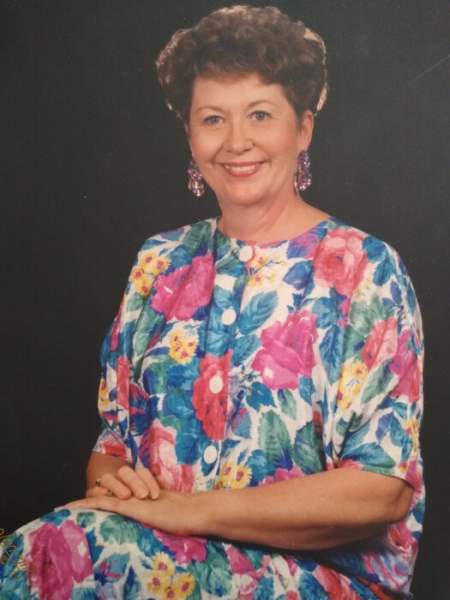 Nancy Yarnell Brewer passed away unexpectedly on October 25, 2021, at the age of 84. She is survived by her beloved husband of 64 years, Lawrence (Larry) A. Brewer, daughter, Karen Brewer of Farmington, two granddaughters, Jessica Harris and fiancé Corey De Paolo of Silt, Colorado, Lauren Harris of Farmington and her brother, Jim Yarnell of Carson City, Nevada. She was preceded in death by her son, David Brewer, in 2014.
Nancy was born in Grand Junction, Colorado to Densal and Alice (Beth) Yarnell. She spent her early childhood in the tiny coal town of Cameo, Colorado where her father ran a general store. She quickly became a “tomboy”, running and playing with the boys of the town - there were few girls. By eighth grade, the family had returned to Grand Junction where Nancy graduated from high school in 1954. She attended Mesa College in Grand Junction working toward a degree as a medical technician. She had a close family and no intentions of leaving Grand Junction.
In the summer of 1957, Nancy’s best friend, Cathy Gordon, was invited on a special dance date, but she had other plans and sent the fellow to ask Nancy. She told Nancy that she thought she would like him. So, Nancy met Larry in 1957. Nancy had a list of criteria that she looked for in her boyfriends. She was flexible, but she was serious about them. She told Larry much later that she wanted a tall boyfriend and said that he far exceeded her expectations. Additionally, she was tired of always being at the end of the line with a last name beginning with a “Y” and wanted no less than a “B” for her married name. She told Larry that he barely made the cut with Br (ewer). After 6 months of dating and tired of Larry’s reticence on the issue of their future together, Nancy finally said “Well Larry when are you going to ask me to marry you?” Larry was rendered speechless. They married in December that same year.
After their marriage, Larry whisked Nancy away from her childhood home to a little town in New Mexico where he was preparing for a career as a civil engineer. For the first 2 months they were unable to find a place to live in the booming town, but finally settled in and spent the rest of their lives in Farmington.
From the beginning, Nancy was a helpmate to Larry in his career, sometimes being his rod man on a survey project to help pay the rent and put food on the table. She invested herself in her new community, serving in many ways for the cultural improvement of the rapidly growing town: San Juan College Art Committee,
Community Concert Association, San Juan Symphony flutist, church choir member for 60 years and from the age of 18, enjoyed friendships and purpose in her PEO Sisterhood. Nancy found great personal joy in her painting and for many years shared a like-minded friendship with a special group of artists.
Nancy nurtured her friends, acquaintances and anyone in need of help. When she became a mother her family and home became her focus and as time took its toll, she became the loving caretaker of her husband.
Nancy carried an aura of love around her - for nature, for friends, for her children, for her husband and for life itself. She was a rock. She was strong. She was thrifty. She was independent. She was kind. She will be missed.

A funeral celebration of Nancy’s life will be held at 2:00 pm, Saturday, October 30, at the First Presbyterian Church, 865 N. Dustin in Farmington, New Mexico. Reception at the church to follow. In lieu of flowers, donations can be made in Nancy’s name to: International PEO Chapter BA Educational Fund Attn. 4091 Vista Pinon, Farmington, NM 87401.

To order memorial trees or send flowers to the family in memory of Nancy Brewer, please visit our flower store.