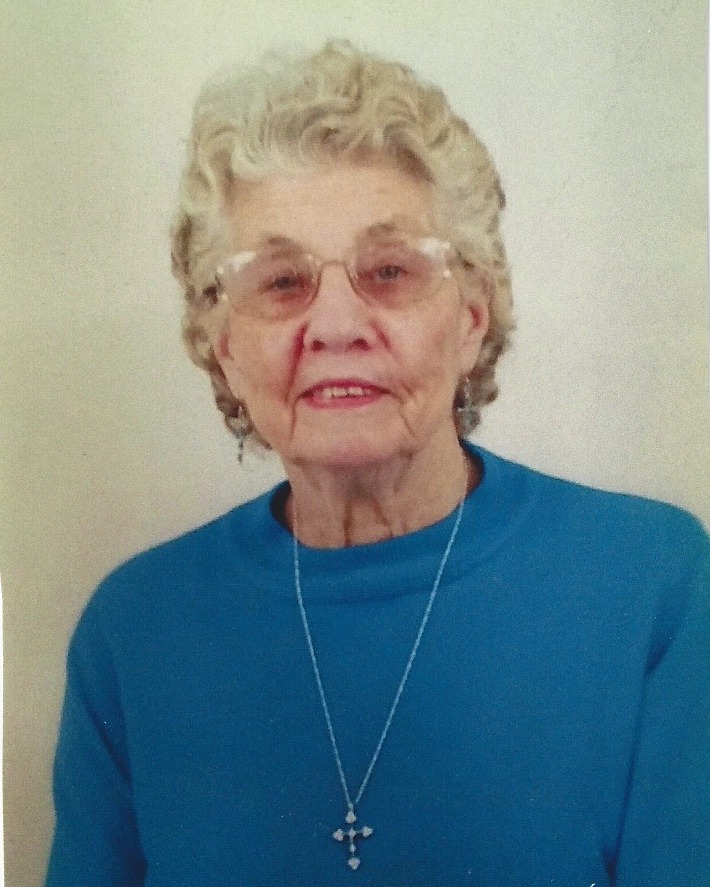 Neva Schwenke Baca Smouse was born April 2nd, 1928, in Schulenburg, Texas, to Paul and Lydia Schwenke. She passed September 11th, 2022 into the arms of our heavenly father.

She was preceded in death by her parents, sisters Myrtle and Grace, brother Kenton and stepson Michael Smouse.

Neva married A.J. (Tom) Baca in 1947 and moved to NM. They had six children together but later divorced. In 1968 she married Claude (Torchy) Smouse. He preceded her in death in 2008.

Neva loved gardening, working in her flower beds, fishing and camping. Until her eyes dimmed, she crocheted afghans and lap robes for each child, grandchild and great-grandchild. She also donated them to nursing homes. She loved watching Family Feud, Jeopardy and Wheel of Fortune. She was also the secretary of the Ladies Auxilliary of the Disabled American Veterans post in Aztec.

She is also survived by both sister, Lucille Barton and sister in law, Mary Schwenke.

One of her greatest joys was going to Church, she attended Victory in the Word Church in Bloomfield. At the time of her death she enjoyed listening to Jimmy Swaggart and Joel Osteen.

Neva's services will be Friday September 23rd viewing at 10:00 am service following at 11:00 am at Farmington Funeral Home 2111 W Apache St; after the service there will be a graveside service at memory gardens.

To order memorial trees or send flowers to the family in memory of Neva M Smouse, please visit our flower store.