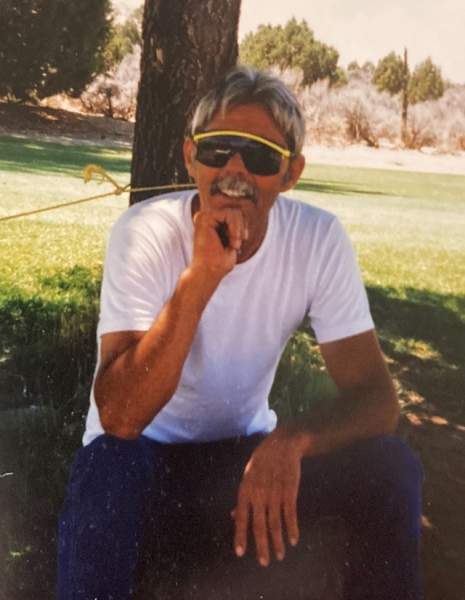 Today we celebrate and honor the life of Norman Dominick Giovanini. Norman was born in Farmington, New Mexico on July 13th, 1946 and went to be with the Lord on April 22nd, 2021. Norman was an extra ordinary father, brother, grandfather, uncle and friend, who had a great love for his children and his family. Norman grew up in the small community of Bloomfield and always enjoyed sharing many fond memories of his adventures on the family farm and special times with his friends. Norman was an amazing athlete and led his team in football, basketball, and track events throughout his years in the Bloomfield Schools. Norman held the state pole vaulting record for many years. After Norman graduated from Bloomfield High School, he attended Adams State College in Alamosa, Colorado. Upon Norman's return to Bloomfield, he went to work for El Paso Natural Gas Company. Norman had the opportunity to live in Gobernador Camp and always said that those were some of the best years of his life. Norman said, "How many people can walk out their back door and be at work". Norman loved the small community of Gobernador where everybody worked and played together. Norman, his family and friends spent a great deal of their time fishing, skiing and camping at Navajo Lake and he also enjoyed his occasional trips of Lake Powell. In 1989, Norman moved from Gobernador to the community of Navajo Dam, by the river. After 32 years with Williams, Norman retired at the age of 58 and spent a great deal of time golfing, which was his new love. Following in his dad, Bruno's footsteps, Norman was a lifelong member of the Elks Lodge in Farmington, New Mexico for 53 years. Norman was dearly loved by his family and friends and will be with us in our hearts forever. Thank you to Ron Hill for his friendship to Norman throughout the years. "Dads don't ever die, they live forever as the knight in shining armor in their daughter's dreams".
Norman is preceded by his son Brian Giovanini, his parents Bruno and Vonnie Giovanini, his brother Bruno (Bambi) Giovanini, his sister Karen Giovanini, and grandparents Dominick and Rosina (Giovanini) Dallebetta, and Lillian and David McDaniel.
He is Survived by his daughter Adrienne (Cash) Carruth, his sister Sue Giovanini, and his grand children Joshua Carruth, Cash Carruth Jr., Cable Carruth.
Norman requested no services be held and wished instead to be cremated. In lieu of flowers, donations can be made to: Special Olympics of NM Area 1, 6600 Palomas NE Suite 207, Albuquerque, NM 87109

To order memorial trees or send flowers to the family in memory of Norman Giovanini, please visit our flower store.